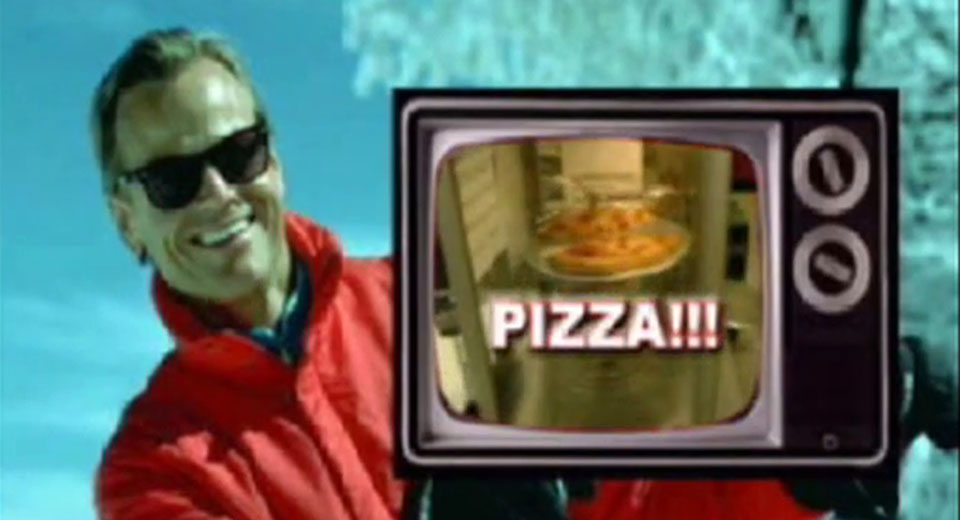 One measure of the health of any respectable American city is the quality of the misfits on its local public access station. This month Brooklyn's finest retrofitted bodega microcinema Spectacle salutes their kindred freaks with "Public Access, Private Desires," an ingenious cross-country travelogue spotlighting outsider artists on the fringes of the airwaves under banners like Diabolical Damon Zex (Columbus, OH) and Job Matusow's Magic Mouse Magazine (Glencove, UT).

Tonight's program, Splendid Recipes, hails from Pittsburgh, a city that keeps its weirdness close to the vest. Its counter culture is every bit as rich as, say, Baltimore, but its breakout stars — Don Caballero, Modey Lemon, Black Moth Super Rainbow — don’t carry the same name recognition of Dan Deacon or Jana Hunter, and many of its best artists never registered a blip outside the city. As someone who attended school in Pittsburgh and hung around to work for a few years in the late aughts, I felt that its blue collar art scene seemed to be constantly at war with itself, bemoaning lack of recognition in the City Paper and “Roboto board,” yet devouring anyone who stepped too far into the light. Often regarded as unexpectedly beautiful by visitors, the city nevertheless wrestled with the industrial stereotypes it both embraced and sought to move beyond, and its uncertain status as neither east coast nor midwest.

Around that time Splendid Recipes broadcast on PCTV 21. The show, a collaboration between experimental hip-hop and noise groups, was masterminded by Chris Coleman, who drew inspiration from the Sun City Girls’s Cloaven Theater program. The self-described “Yinzer Stoner” variety show is a freeform melange of half-baked skits, repurposed video, syrupy 8-bit tunes, impromptu performances, and proto-deep fried memes. It’s like if Paper Rad were a bunch of dudes with Iron City beer guts, gnarly facial hair, and a heavy sense of working class fatalism. Of the three episodes showing at Spectacle, the highlight is undoubtedly a pantomimed performance of regional No Wave classic “Holiday in Pittsburgh” by Harry Wagner’s Identity Crisis, including a saxophone solo taped overlooking the picturesque downtown triangle where the three rivers intersect. It’s one of the most Pittsburgh things I’ve ever seen.

Forgoing artworld-sanctified selections, the “Public Access, Private Desires” series unearths some serious deep cuts. They are not for everyone, and a concentrated 90-minute dose of Splendid Recipes in particular is legitimately brain-breaking. But it’s a laudable feat of outsider anthropology.