Spend It All and Dry Wood 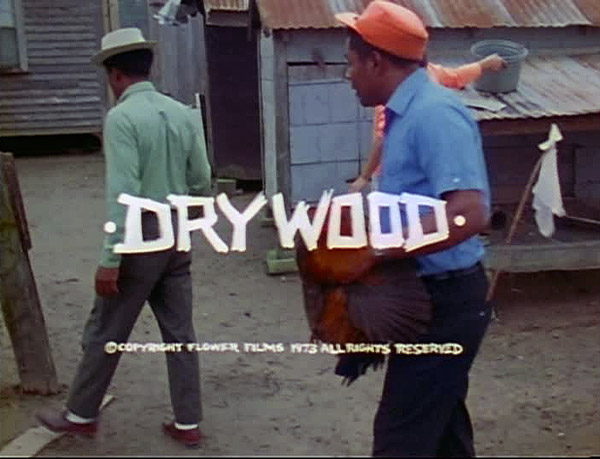 Spend It All and Dry Wood are two of several loving, vérité odes to Cajun country that Les Blank made over the course of his filmmaking career. They are fittingly screening together and explore, respectively, a white Cajun community and a French-speaking black Creole community in rural Louisiana, in that space “between New Orleans and Texas.”

Both films involve plenty of music and dancing and a lot of cooking and eating. A woman’s process for making a cup of coffee is rendered as art, beginning with her roasting the beans in her ancient cast iron skillet. A little girl stands by and glares as a pig is killed in preparation for a momentous family barbecue. Marc Savoy, Cajun musician and accordion-maker who also appears in Blank’s Yum Yum Yum, starts to casually chop it up, simultaneously singing along with a four piece Cajun band seated nearby in the grass. Savoy is an opinionated raconteur on all things Cajun who says that he would “shrivel up and die” if he had to live in New York with “all that bullshit.” After the meal a man casually pulls out a tooth with a pair of pliers, explaining: “That sonofabitch has been bothering me for days. I feel much better now.”

The relationship between the white and black communities is unclear. Spend it All was filmed around Eunice, LA, Dry Wood around Mamou, which are about 15 minutes apart. Both communities are Catholic and French-speaking, part of the same Cajun region which developed in relative isolation since the mid-18th century and welcomed exiled Acadians, runaway slaves and waves of pirates. Groups of whites and blacks come together briefly while parading through Mamou on Mardi Gras, but they go their separate ways for church and dancing. Blank intended to make one film about the musical traditions of both whites and blacks in western Louisiana, but for whatever reason, he made Spend it All and Dry Wood instead (along with a third film called Hot Pepper, which focuses primarily on Zydeco music but also features its subjects speaking candidly about racial tensions). The title Dry Wood refers to Creole accordionist Alphonse “Bois Sec” (Dry Wood) Ardoin, who plays traditional Cajun music with his sons in the film along with fiddle player Canray Fontenot. The extended Fontenot and Ardoin families also figure prominently, especially a rice farming couple with fourteen children. The extreme hard work that is part of their everyday lives, the lack of available jobs for their older children and the makeshift state of their home is a counterpoint to the horse racing and eternal picnics we see in Spend it All, as if the films emerged from different sides of the same town.