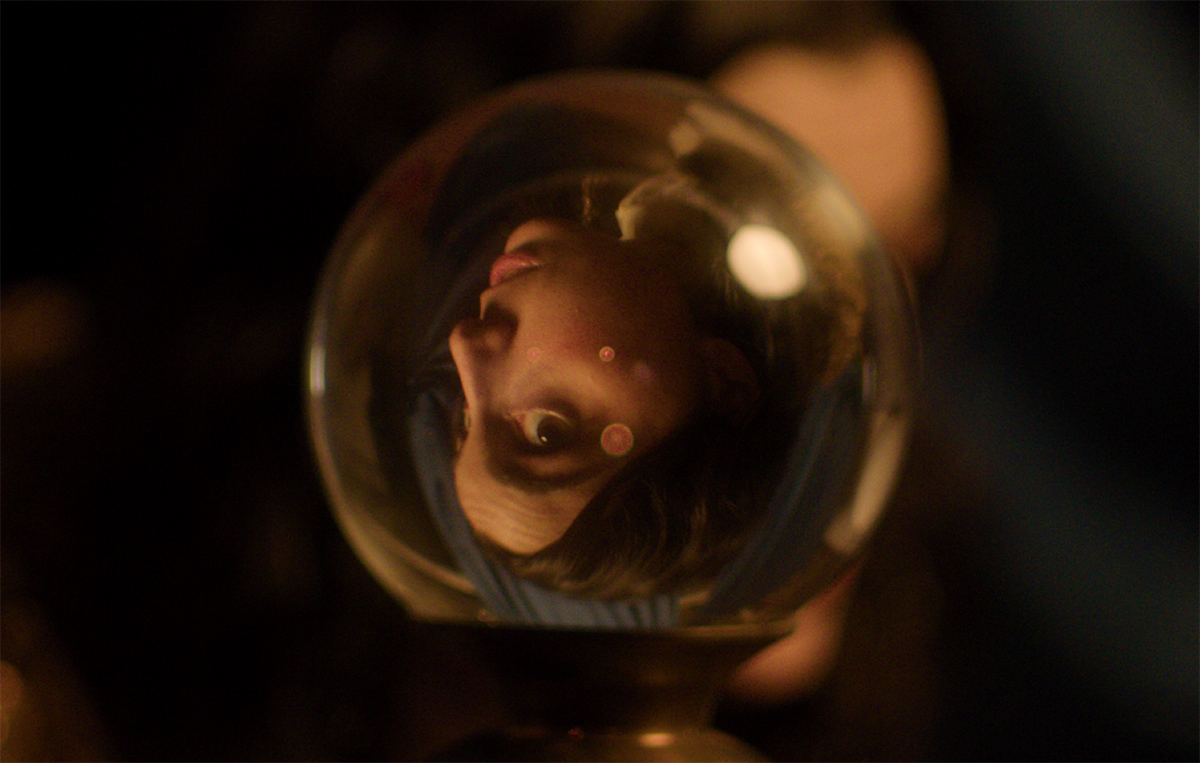 “The Short List” is a program of medium-length films selected from last year’s Biennale de l’Image en Mouvement in Geneva, curated by DIS and Andrea Bellini. The centerpiece is DIS’s own Everything But The World (2021), a collaboratively-made project that takes the apocalypse as its subject. Narration by Leilah Weinraub (Shakedown, 2018) unifies a heady, sprawling omnibus work, stitching together passages ranging from a demonstration of how prehistoric man might have walked to an explanation of the legal intricacies of New York’s castle doctrine. Ambitious in its scope, the film approaches its subjects obliquely, and its strongest interludes are its loopiest—a particularly memorable moment is writer Brontez Purnell delivering a soliloquy on infinity through a White Castle drive-thru speaker.

Juliana Huxtable and Hannah Black’s Penumbra (2019) finds a pangolin standing trial in a court of law for crimes including “the murder of everything.” In 3-D animation by the creative studio And Or Forever, avatars of the artists argue the case before a menagerie of a jury; Black is the prosecutor, Huxtable is the defense, and their debate explores the facets of humankind’s dominion over animal life, the nature of “the penumbra of law and language” dividing human and animal.

Leah Hennessey & Emily Allan’s Byron & Shelley: Illuminati Detectives (2021) opens with two young women embracing in the woods. One of them is possibly a monster—specifically, a shapeshifting Lamia. In London, the Illuminati catch wind of the apparition and dispatch Lord Byron (Hennessey) to investigate the metaphor.Co-creators Hennessey & Allan are perhaps best known for Slash (2018–2019), a cult-hit black-box show in which they envisioned a series of iconic male friendships. The Romantic poets are obvious subject matter for them: infamous sexual appetites, would-be class traitors, fighting for a cause that might be little more than their own right to party against an all-too-relatable background of a revolution on its back foot, slipping into paranoia and magic.

Fanfiction, and slash fiction in particular, is a women’s artform. The real secret society is the invisible army of shut-in girls worldwide reauthoring mass cultural products to fit their own non-normative desires. Using the formulae of occult network offerings like X-Files or Supernatural, Hennessey & Allan position their own work as the kind of trashy television that serves as a palimpsest for fanfiction, bringing the slash full circle.Think of it as the shadow self of the Lesbian Period Drama, putting aside yearning and respression, whipping any moral appeal to straight audiences into the garbage to gleefully put gender on the infinity loop, two handsome women playing beautiful men.