Sheila and the Brainstem 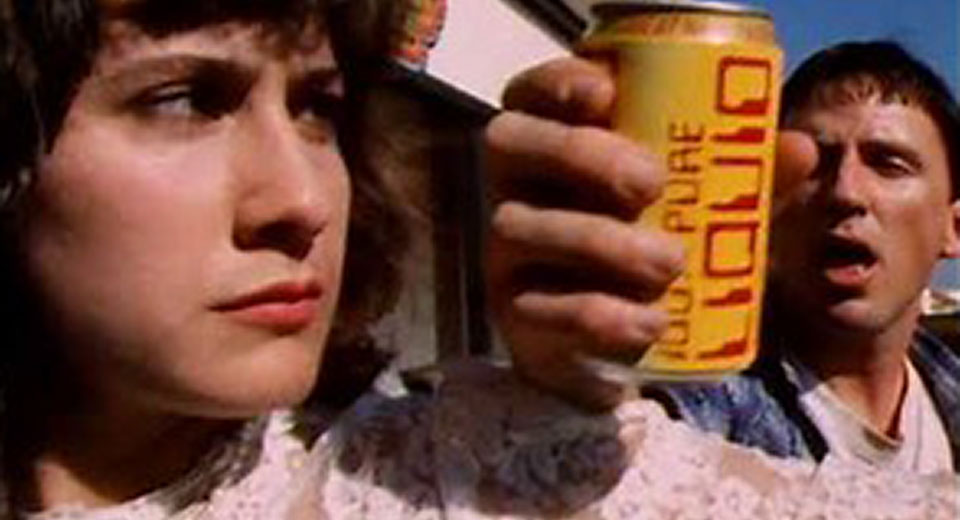 Apologies to Dr. Thompson, but Sheila and the Brainstem (1989) is the savage journey to the heart of the American dream that resonates most profoundly today as we all twiddle our thumbs waiting for an uninsured contractor to text their arrival and offer up the tea kettle we ordered two hours prior. It’s been thirty years since this shoestring marvel’s release, and its vision of unfettered consumption has grown horrifyingly quaint. Yet nothing else on screen in 2019 captures the root of contemporary everyday experience quite like this Reagan-era sci-fi farce.

Just as soda pop scions Sheila and Bruce tie the knot, a trio of idiot punks — Sean, Billy Dork, and Head — rob a convenience store, coming out with a few bucks, a six pack and the titular organ they mistake for beef jerky. Hot on their tails is Taz, a desert mystic pursuing the brainstem, which is his key to enter Inner Earth, a subterranean paradise of infinite convenience (in the form of 24-hour stores) and personal immortality. In a nonsensical standoff, the punks take bystander Sheila hostage while Taz captures Bruce in response. The newlyweds reconsider their relationship separately while their captors chase one another and rhapsodize the American character. In a mesmerizing soliloquy, Taz dreams of a soda singularity forcing consumers to select identical products based solely on packaging. It’s unpleasant to imagine the pleasure he’d derive from unboxing videos.

Co-directors Matt McDowell and Russell Bates’s ugliest insight is the universal sway of consumer capitalism. Carbonated sugar water drives every character, from the rich squares to the ostensible nonconformists. In another film, Taz would be the warmly eccentric voice of reason, the lovable space cadet, but here he’s another mark for big business. Similarly, punk rebellion doesn’t include drinking water or dropping out, but instead amounts to idle bitching about suburban developments and an endless quest for beverages with names like “Diet Item” and “Mr. Product.” Beneath the wild hair and leather jackets lie the beating hearts of born consumers. The fear and loathing is all ours.