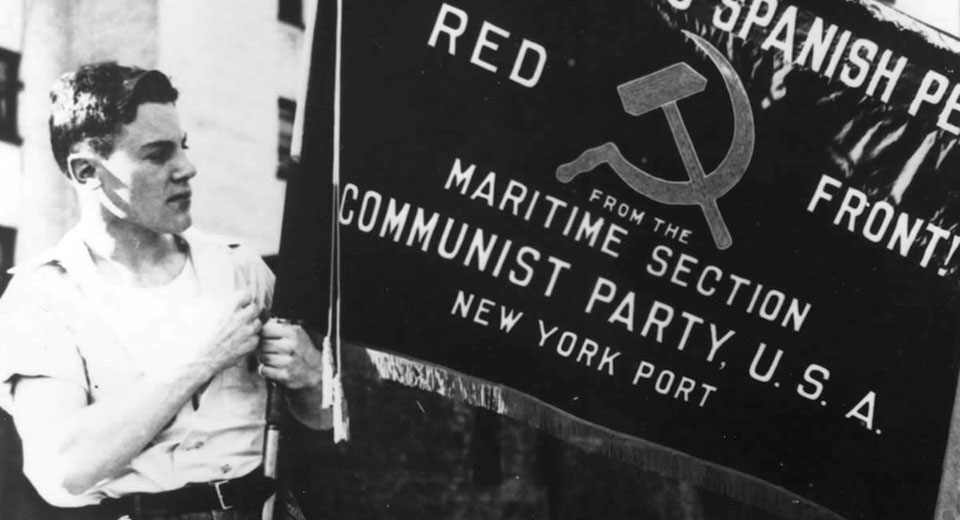 The Museum of Modern Art’s tribute to documentarian Julia Reichert continues this week, celebrating the filmmaker’s fifty years of chronicling U.S. leftist movements and people who fight for equality and justice. Her body of work is perhaps encapsulated by Seeing Red: Stories of American Communists (1983), Reichert’s examination of the (at the time) forgotten history of the U.S. Communist Party of the 1930s and 1940s.

Having conducted over four-hundred interviews with current and former rank-and-file Party members (many of whom had not spoken publicly about their involvement since the Second Red Scare and Joseph McCarthy hearings), Reichert and co-director Jim Klein weave together a human story of the American anti-capitalist movement. Idealistic youths who joined a vibrant organization and discovered the power of solidarity grow into adults who are confronted with surveillance and persecution, as well as the sobering revelation of the crimes of Joseph Stalin. The warm and thoughtful voices (coupled with truly remarkable archival footage) articulately convey the all-encompassing fire that’s lit in a person through committing to movement work, without shying away from discussing their issues with the Party itself (gendered division of labor, democratic centralism) and the mourning many of them did for the image of the successful Soviet Union they had in their minds.

Seeing Red remains riveting today because it shows how engaging in struggle transforms people. The interviewees (Pete Seeger is a surprise standout), all eldery at the time of filming, are vibrant and analytical and still involved in organizing and/or activism in some capacity. The film combats the narrative that ‘radical politics’ is an identity one tries on when they’re young, and instead captures the totalizing, lifelong rearticulation of one’s relationship to the world. In 2019, with young leftists are asking the same questions Reichert’s subjects asked themselves and one another, it is less of a call to action and more of an encouraging reminder to keep going.