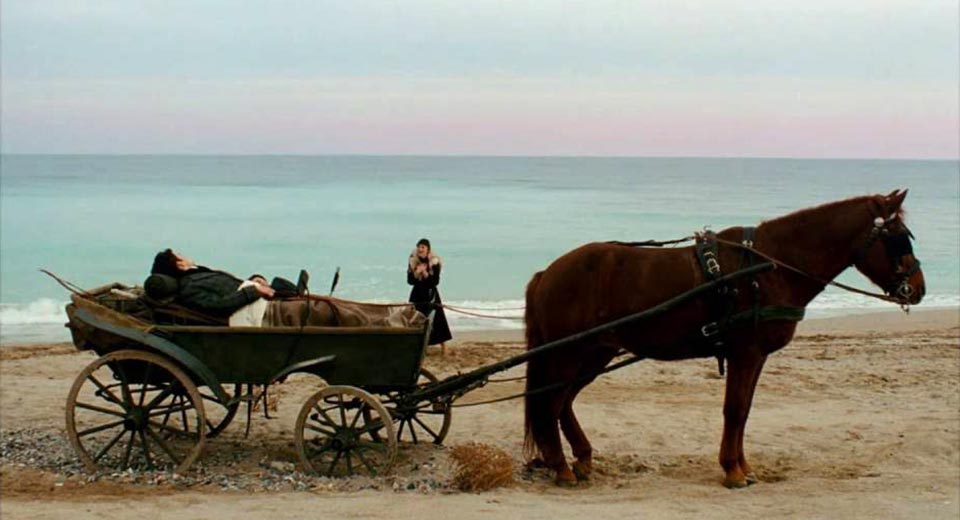 Encased in plaster from neck to waist, Emanuel (Lucian Teodor Rus) reminds a fellow sanitarium patient that the familiar form of tuberculosis is a romantic ailment which fells geniuses. Lord Byron supposedly welcomed a consumptive death, so as to look "interesting" to young women in his final moments. The wan appearance of the TB sufferer connoted an artistic temperament in some corners of the 19th-century European society, but Emanuel isn't himself so fortunate in 1930s Romania. His tuberculosis ravages the spine, consuming his vertebrae like cavities consume teeth. And so he spends most of Radu Jude's astounding sophomore feature Scarred Hearts (2016) confined to a bed.

Loosely based on the work of Romanian writer Max Blecher, whose autobiographical novel documented his own decline in a sanitarium, Scarred Hearts presents physical pain as horrifically as any film since Bergman's Cries and Whispers. Images of bloody wounds incite disgust and alarm, but muscle spasms and a face in rictus horrify us. Human bodies are made of identical matter, but pain makes us inscrutable to one another. The sound of Emanuel shrieking as doctors drain his abscesses claws at our ears and reminds us how utterly alone one is when the body torments the mind.

Emanuel's thoughts turn constantly to the ultimate meaninglessness of his suffering, which is "but an atom in the vast ocean of world events" along with every other moment of his life. He understands that death's whys and wherefores have no answer, yet can't help pursuing his ruminations. Confronting fate's brutish realities doesn't deter the young man from seeking companionship with the recovered Solange and her friend Isa, whose deterioration requires a system of mirrors to compensate for the immobility in her neck. While seducing the latter, he claims that the desperate state of their bodies relieves them of bourgeois morality's grip.

Throughout, Jude favors unbroken, static shots that emphasize the boundaries of the frame. Doctors and orderlies cross the threshold, but we, like Emanuel, are forced into place. He often sets his camera in a corridor and we peer through a doorway, obstructing our view and mirroring the frustrations of characters unable to crane their necks or otherwise adjust their vantage points. He punctuates many of these scenes with elegant text quoting Blecher's harrowing accounts of hopelessness. By simultaneously foregrounding the body and the soul without a hint of sentiment, Scarred Hearts stands as a masterpiece of rare insight.