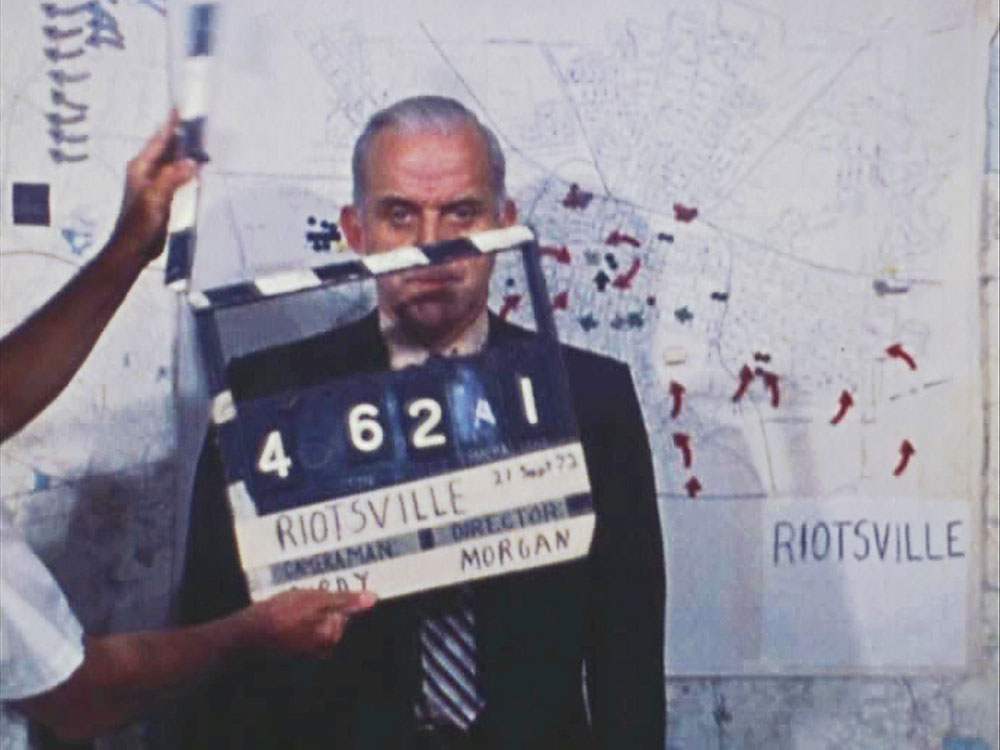 In an early scene of Riotsville, USA (2022), President Lyndon B. Johnson announces an investigation into civil disorders and the conditions that produce riots. We see the 1967 broadcast signal from the White House in clear black and white. A cut to a hazier, bluish view with cathode rays flowing across a screen. Another cut, and we are looking over the shoulders of a group of people watching Johnson on a television in a living room, a contemporaneous focus group convened to examine the speech.

Opening credits report that Riotsville, USA consists entirely of archival footage from the late 1960s. Director Sierra Pettengill and editor Nels Bangerter critically reanimate the corpus of materials into narrative movements that its former body would have never dreamed it could dance. This effect is most strikingly achieved with US Army footage of “riotsvilles”—model towns constructed on military bases to stage and film the military response to riots. Law and order was the state’s promise after unrest in Watts, Chicago, Newark, and over one hundred cities in the “long, hot summer of 1967.”

Elected officials watched the riotsville simulations from bleachers as filmmakers shot what would become tactical training materials. They were witnessing the dramatic professionalization and militarization of the American police, a force at war with the nation’s own people. Narration composed by Tobi Haslett and spoken by Charlene Modeste articulates the historical continuities between our moment and this one: “We are embedded in the future these images were meant to ensure.”

In the 1960s, government forces cast revolutionary activism as chaotic violence, directing attention and resources toward military policing and away from public health, education, and housing. Drawing from that pivotal period, when the dimensions of a loop were forming, Riotsville, USA is born into a moment still caught in this cycle.

In one sequence, frames of increasingly rowdy protest-actors advance in slow motion. Forms glitch and warp and meld together, with artificially intuited fragments of limbs leaping out in stochastic flickers. Jace Clayton’s score of analog synthesizers thrums hypnotically and the narration intones: “Maybe it’s a dream. After all, this is where the state assembles its fears .‌ . . its tattered scraps of memory. So these are dream riots.”

They are dreams, they are images, but they are also real: real people modeling real violence to be enacted in the future. It is rare that non-fiction films feature dream sequences as psychedelic and wide awake as these. Riotsville, USA avoids producing entirely new images and instead processes existing ones, intervening in the transmission of history.

Riotsville, USA screens tonight, April 23, at Film at Lincoln Center and on April 29 at the Museum of Modern Art as part of New Directors/New Films 2022. Director Sierra Pettengill will be in attendance for Q&As. 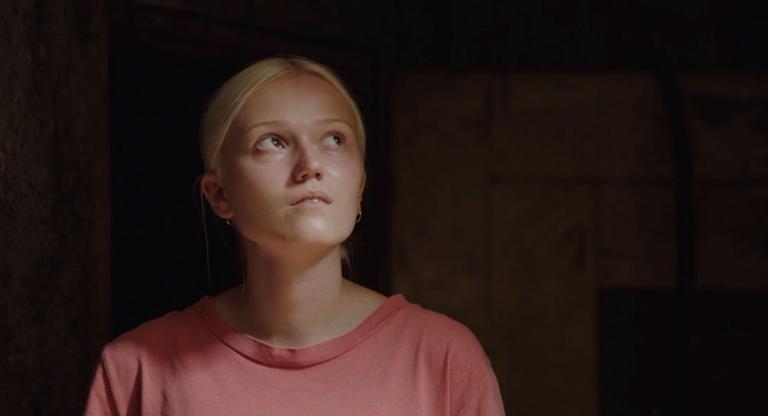