Ride in the Whirlwind 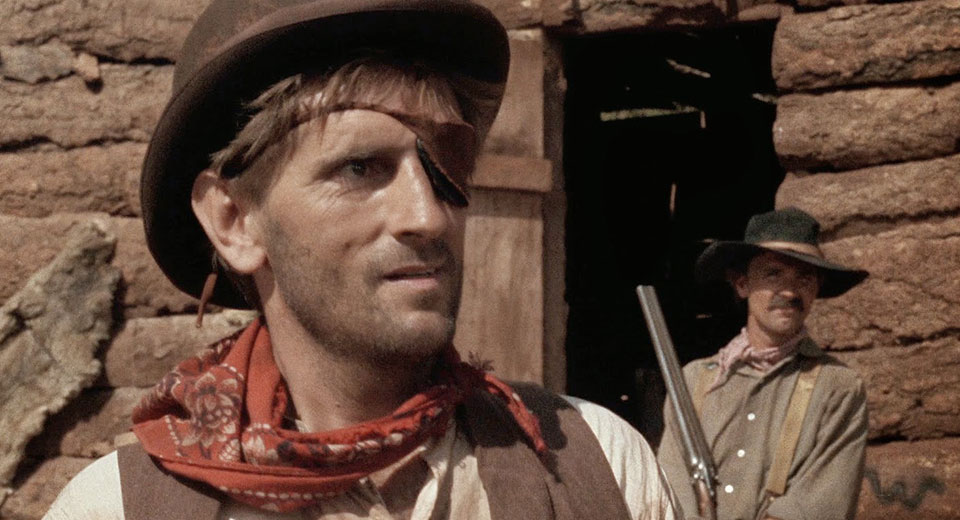 About 20 minutes into Monte Hellman’s 1966 Ride in the Whirlwind , my girlfriend turned to me and said “this film is incredibly boring.” To be fair she quickly followed this by saying “that doesn’t mean that it’s bad or that I’m not enjoying it.” In a way though, she’s right. Monte Hellman’s westerns, Ride, The Shooting and the underseen China 9, Liberty 7, are movies which capture something about the west that other western films seem to gloss over—it was probably pretty damn boring. Of course there was violence and adventure, but there were also huge distances to traverse on horseback, long rides with not a lot to talk about. Wearing the same clothes and eating simple meals of beans and hardtack for days on end doesn’t exactly sound like a metropolitan foodie’s idea of a great time.

Ride because of its slow pace, dialogue-less passages, and concern with the fragile nature of identity earns its reputation as a rare existential western. As much as Ride is the story of a group of cowboys (including Cameron Mitchell and a young Jack Nicholson, who stars in Hellman’s even more explicitly existential film, The Shooting) being mistakenly lumped in with a group of bandits (including the late great Harry Dean Stanton) by the lawmen pursuing the gang, it is just as much about just being there. And at a glance this could be construed as boring. As the film washes over the viewer however, it becomes clear that this western offers something different from the work of Ford or Mann—a gently realist vision of the unhurried west with plenty of time to think. .

The western in film was a laboratory for advances in film editing. Porter’s The Great Train Robbery contains some of cinema’s first uses of parallel editing. Hellman, an editor himself, seems to consciously create a film which works against this tradition, instead of cutting to action, he allows us to to see what happens in between the bursts of gunfire and wild chases. Within the film’s first five minutes this alternative vision of the west becomes clear. Before saddling his mount for the gang’s next robbery Hellman’s film makes a point of allowing Harry Dean Stanton a moment to step behind a rock and urinate. Did we ever see John Wayne take a piss?