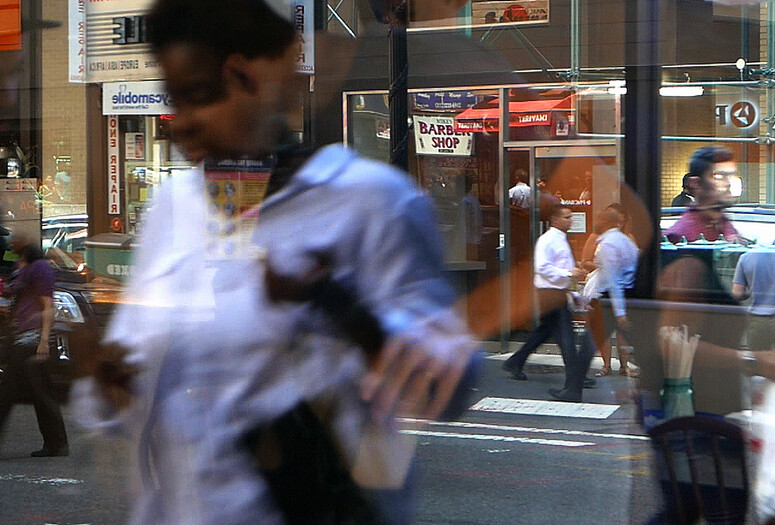 Throughout his more-than-fifty-year career, filmmaker Ernie Gehr has explored the moving image phenomenon in equally profound and playful ways. This new collection of five digital works, premiering tonight at the Museum of Modern Art, is no exception. The quintet of films—Mirror of Dreams (2020), Back in the Park (2019), Undertow (2019), Brewster, MA (2011), and Floating Particles (2018), each present a unique dimension of the sensitive and meticulous artist’s visionary work. And as different as these five films may be in their respective approaches and effects, they are united by an unmistakably strong presence, that of Gehr himself. Not his face or voice, but something more intimate: a space he has created in his own life for the moving image, where the mind and film plane become one, and where his thoughts whisper and giggle at just how heartbreaking and amusing the little machine that makes movies can be.

The films that brought Gehr notoriety in the 1960s and ’70s (including the masterpiece Serene Velocity [1970]) locate their action firmly on the screen’s surface—the play of illusions and the interplay of darkness and light produced in the cinematic phenomenon provide their drama. For Gehr, the limitations of the screen, its impenetrable two-dimensionality, opens a different realm of possibility. “When you look at an image on screen,” Gehr mused during our phone conversation, “there’s no way for you to go there, to shake hands with the person on screen. There’s no one there. It’s light, illuminations, wavelengths, but there’s nothing there. The roast that’s on the table, you can’t smell it, you can’t taste it, you can’t touch it, so you might as well play with it and create this whole other thing.”

Undertow uses banal footage of commuter drudgery to do just this. In the fourteen-minute work, Gehr uses footage shot from a train window, bisecting the frame and mirroring it back onto itself to produce a kaleidoscopic illusion. The everyday world becomes a funhouse of mirrored imagery, creating itself before our eyes as it progresses and constantly expands. The feeling and effect is of a growing world of curious forms, never ending and gleefully unpredictable. And then, halfway through the film, we begin to travel the same distance and encounter the same mirrored landscape in reverse. The film becomes object-like in its symmetry, its universe of imagery sealed and solipsistic as we comprehend its shape and form: a roundness, a wholeness. Again, Gehr returns to the earliest instances of moving images. Undertow is like a paper film strip we can hold and play with, running it back and forth before a lightsource and then examining it in our hands. We are highly conscious of the material form that produces its illusion but still mesmerized by its effect. “When I’m creating a work,” Gehr says, “even when it has sound, it’s still a visual phenomenon, and I'm working with it to amuse myself and hopefully others. It’s like when you see a painting and someone twists the brush in a certain way that makes you aware it’s a figure, but also paint on a canvas.”

Gehr embraces his painter-like tendencies in Brewster, MA, creating a Tati-esque work of images that could be from a turn-of-the-century seaside holiday. People sit by the water, they frolic, and Gehr patiently watches. He captures beauty and banality in equal parts and in his hands the two become nearly indistinguishable. His more abstract formal proclivities dissolve, giving way to direct observation. It’s a touching work of simplicity and visual pleasure, and in a rare instance, Gehr’s family (his wife and adult son) appears on screen. Brewster, MA is something like a visual vacation from Gehr’s typically challenging explorations of the moving image phenomenon, yet even on vacation the filmmaker’s joy seems to come from the simple acts of seeing and capturing what he sees.

In Back in the Park, Gehr creates a slyly comic masterpiece from the play of shadows on the ground in Bryant Park. With his camera pointed downward, Gehr captures a live movie, a shadow play of daily drama, played out by actual shadows. It’s perhaps the purest film one can imagine—live footage of the film experience. Gehr conjures poetry in actuality with the camera as a tool, creating a ready-made work of art.“I had a lot of fun putting it together,” says Gehr. “It was half a day of frustration where nothing was working for me, but the park was delightful and I wanted to do something with that experience.” The filmmaker’s comic struggle reaches its apex when, in perhaps the film’s funniest moment, someone asks if a chair is being used, and then the chair is taken away. It’s bizarrely powerful in its ordinariness. The objects that have created the shadows gain a reality somewhere beyond the frame, in another dimension of sorts. And Gehr is no longer in control as the world makes his film.

Cinema at its most exciting, engrossing, honest, and true is neither wholly representational nor wholly abstract. It is a photographic, time-based art and a perceptual illusion. In Floating Particles, Gehr brings this phenomenon to the breaking point, maybe the closest since Serene Velocity. His subject is still the moving image on the verge of breakdown, where the very magic of its becoming exists. In this new work, however, images of people walk through the frame. At times, the film's halting progress from one moment to the next seems to melt the figures into one another; they trade torsos and arms and legs, they become purely plastic images. There is a sense of life’s ephemerality but also the horrifying unnaturalness of the moving image phenomenon. “How much can a camera document?” Gehr asks. “That's something that’s been very much on my mind for a long time. And that last sequence [of Floating Particles], it’s grim in a way, surreal in a way ... and it’s also amusing.” Gehr’s latest masterpiece presents a deeply human and stunningly naked vision of the skeleton of cinema, forcefully posing his work’s most central question: what of life, if anything, can the moving image capture?

Recent work by Ernie Gehr screens tonight, November 8, at the Museum of Modern Art as part of the series “Carte Blane: Mark McElhatten—‘To the Lighthouse.’” 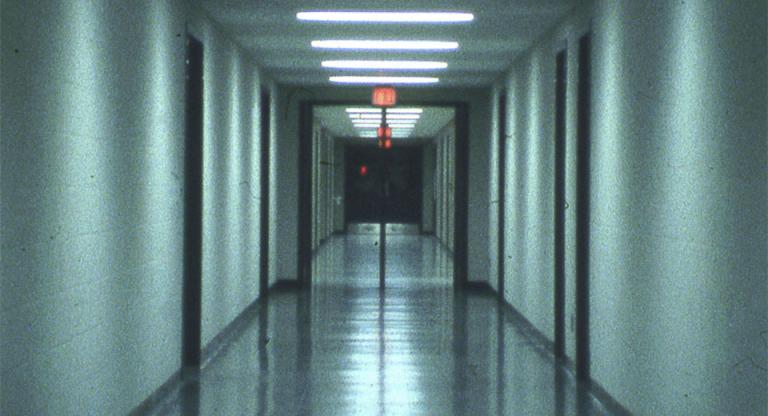 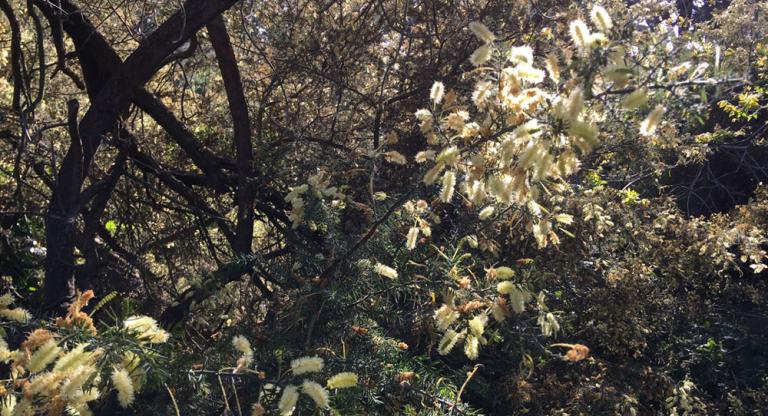 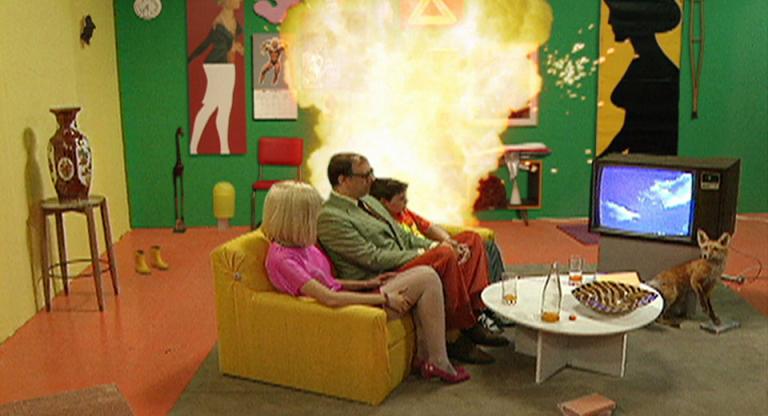