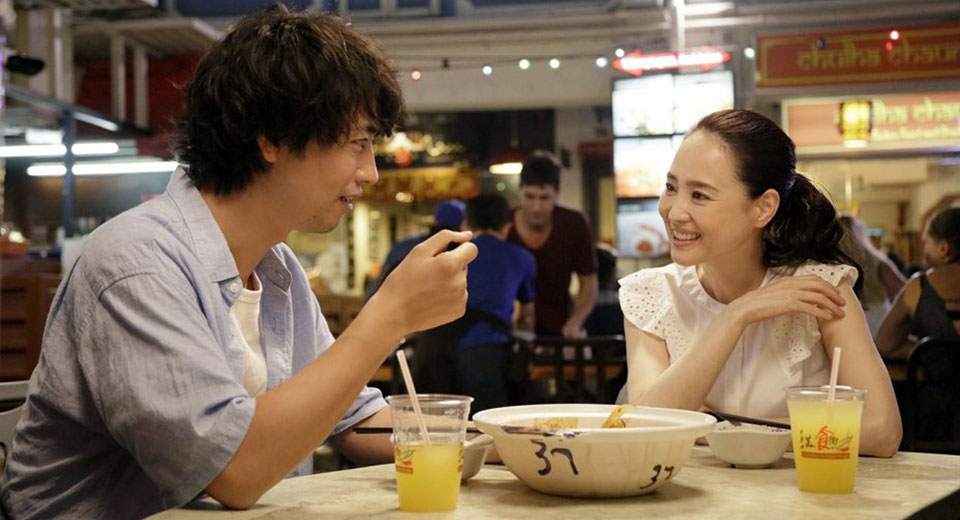 Japan Cuts, one of the city’s most impressive annual festivals, returns to the Japan Society for its 12th year this Thursday, bringing a deep lineup of the best in contemporary Japanese film. Opening the festival is Ramen Shop, Singaporean director Eric Khoo’s sweet ode to family and food. Grieving young ramen chef Masato travels from Takasaki, Japan to Singapore after the death of his emotionally distant restaurateur father, on a mission to discover his long-deceased mother’s story. Japanese expat food blogger Miki takes Masato around Singapore, teaching him the cuisine and helping him solve the mystery of his parents’ past. The story is touching, but with a political undercurrent – the Japanese occupation of Singapore is involved and provides historical context to a family’s personal narrative. Khoo clearly delights in food, and both Japanese and Singaporean dishes are photographed lovingly and mouthwateringly. It’s a tender, delightful start to a often-challenging festival slate. (Note: The Ramen Shop screening on 7/19 is sold out; there will be a waitlist at the Japan Society Box Office one hour before the screening.)

Other Japan Cut highlights include strong visions like director Moët Hayami’s remarkable debut feature KUSHINA, what will you be, the story of a hidden mountain community of women who ran away from society; Hanagatami, from Hausu director Nobuhiko Obayashi, a brightly colored film about the horrors of impending nuclear war; and Sennan Asbestos Disaster, a typically rigorous, weighty “action documentary” from legendary documentarian Kazuo Hara about a group of Osaka residents seeking damages from the Japanese government for asbestos poisoning. Khoo, Hayami, and Hara will all be in person for introductions and Q&As, as will many other special guests.