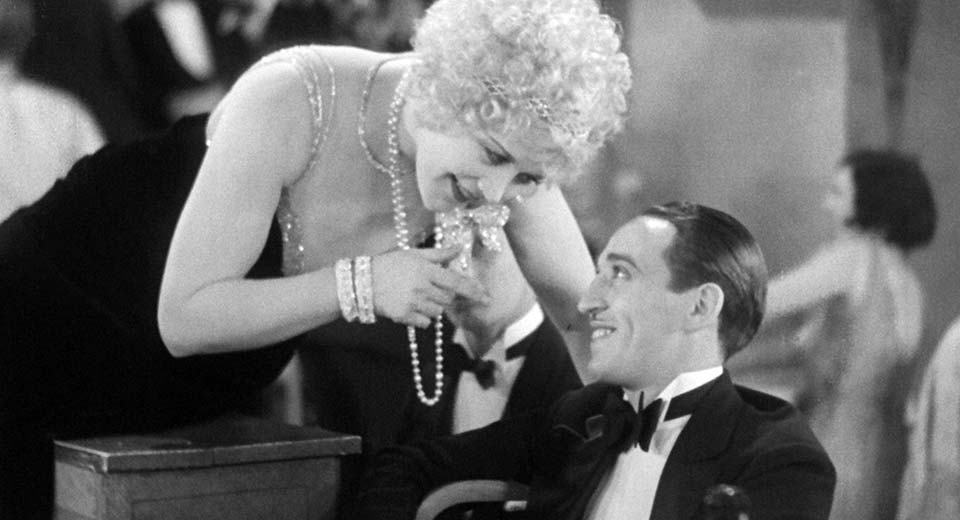 Only a director like Lewis Milestone, born Leib Milstein in present-day Moldova, could have the kind of filmography bookended by lost silent The Toothbrush (1918) on one side and Mutiny on the Bounty (1962) on the other. Like many Hollywood company men, Milestone arrived on our shores fleeing pogroms and poverty, and turned an early career as an editor and assistant director into a rich filmography that spanned many a genre and decade. But before his Academy Award-winning talkie adaptation of Erich Maria Remarque’s All Quiet on the Western Front (1930), Milestone pioneered another much-loved genre: the gangster picture. What began in 1915 with Raoul Walsh’s Regeneration came of age more than a decade later in Milestone’s The Racket (1928), screening tonight—with a live piano score by Ben Model!—as part of MoMA’s “To Save and Project” series.

Goody-two-shoes police captain James McQuigg (Thomas Meighan) meets his perfect foil in bootlegger extraordinaire Nick Scarsi (Louis Wolheim), who exercises an iron-fisted hold over Chicago’s notorious South Side. Our hero’s single-minded fixation on his arch-nemesis is unmatched—a lonely position to take, we’ll soon see, especially within a major metropolitan police force. McQuigg’s uphill battle against ruthless rackeeters, and the cops in their pockets, has earned him more enemies than allies. Gumming up the works is ink-stained wretch Pratt (Lee Moran), a tippling city desk editor who can turn a good phrase when he isn’t fighting bouts of cocktail flu. And here’s a fun bit of trivia for youse guys: look for pencil-mustachioed George E. Stone (née Stein) as Nick’s weasley kid brother—you probably know him best as “Toothpick” Charlie, “Spats” Colombo’s pleading first victim in Some Like It Hot.

Milestone’s expertise can’t be whittled into a single square hole, but his efficiency here bears mentioning: the ease at which he conveys so much in a handful of scenes is easy to take for granted. The beats of the Prohibition-era storyline are all too-familiar—big shipment, raid, and subsequent shootout—but these careworn characters and their machinations were once fresh, shocking, and suspenseful. Gangster films are among the most pleasurable to watch—who among us hasn’t fantasized about running their own criminal enterprise?—and The Racket does not disappoint. For fans of pug-nosed strongmen, nihilistic good-time gals, and back door deals, Milestone’s addition to the adolescent genre goes down like a jolt of bathtub gin.