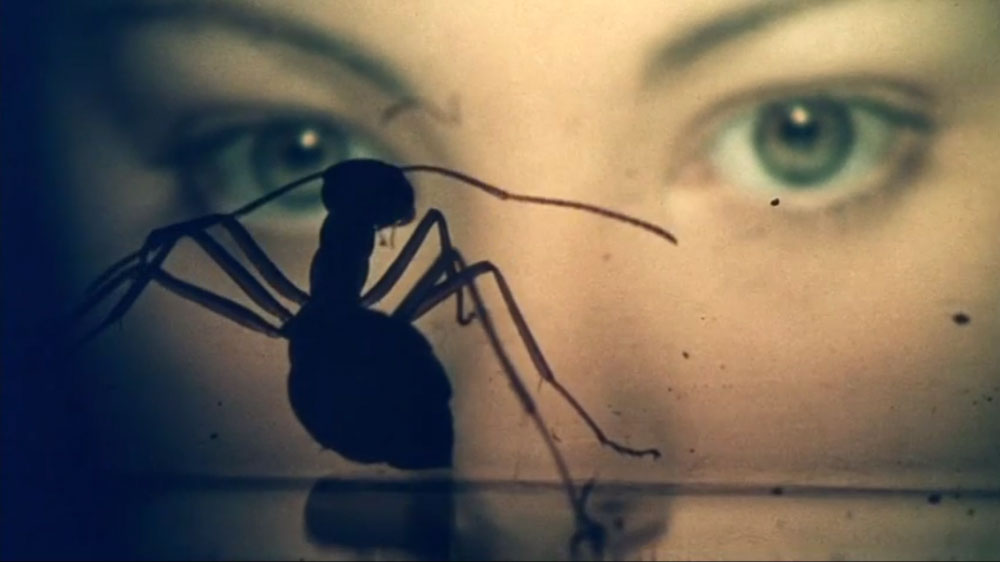 Schlocky, shamelessly entertaining cousin to 2001: A Space Odyssey, Saul Bass’s Phase IV presents an alien intelligence seizing control of ant colonies in the Arizona desert. The hive mind constructs its own monoliths and holds a similarly vested interest in provoking mankind’s next step. But where Kubrick’s film ventures into the mystically transcendent, Phase IV remains on the ground, bound by Earth’s gravity, gazing up at mysterious lights in the sky, and downward at legions of ants organizing toward some seemingly horrific end.

Bass matches Kubrick’s epic temporal scale with an impressively vast spatial scale. The brutally efficient society of the ants is reproduced in macro closeups rivaling their human counterparts in vivid detail. Despite subsequent decades of televised nature documentaries and advancements in macro photography, the footage of Phase IV’s insect villains dismantling a tarantula — among other human-free setpieces — remains a euphoric spectacle. It’s a reminder that motion picture technology was developed with scientific observation in mind; narrative refinement arrived more than a decade after. Phase IV treats audiences to both specialties of the cinematic apparatus, with startling images of the natural world held together by an intriguing, if punchy, sci-fi story.