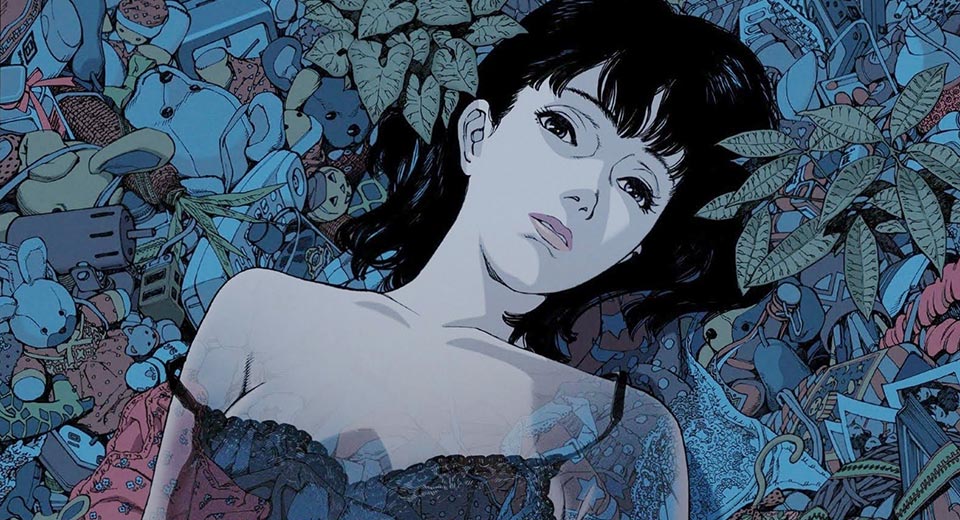 Satoshi Kon's hallucinatory anime masterpiece Perfect Blue begins a 20th anniversary run at Metrograph today. The riveting and paranoid psychological thriller follows Mima, a J-Pop star turned actress who reckons with self-loathing, stalkers, and her coworkers' sudden murders after an attempt to take her career to the next level. Part DePalma psychodramatic sleaze, part giallo, Perfect Blue's horror finds itself located in the nexus of identity, performance, and voyeurism that drags its main character's sense of self down into hell.

The animation is fluid and beautiful, with a flat color palette that makes Mimi's navigation of her deteriorating mental state feel all the more alienating and untrustworthy. While budget constraints pushed Kon to develop the story as an animated feature instead of live-action, the style that emerges as a result of the compromise in medium proved to serve the blurring of reality with traumatic imagination central to the film.

The concept of fame – who embodies it, how it's achieved, and what it entails – has evolved significantly in the two decades since Perfect Blue was released. If anything, we've surpassed the film's depiction of the horrors of celebrity to enter a space of even more complex identity crisis. Revisiting Kon's nightmare on the big screen in 2018 feels both urgent and haunting.