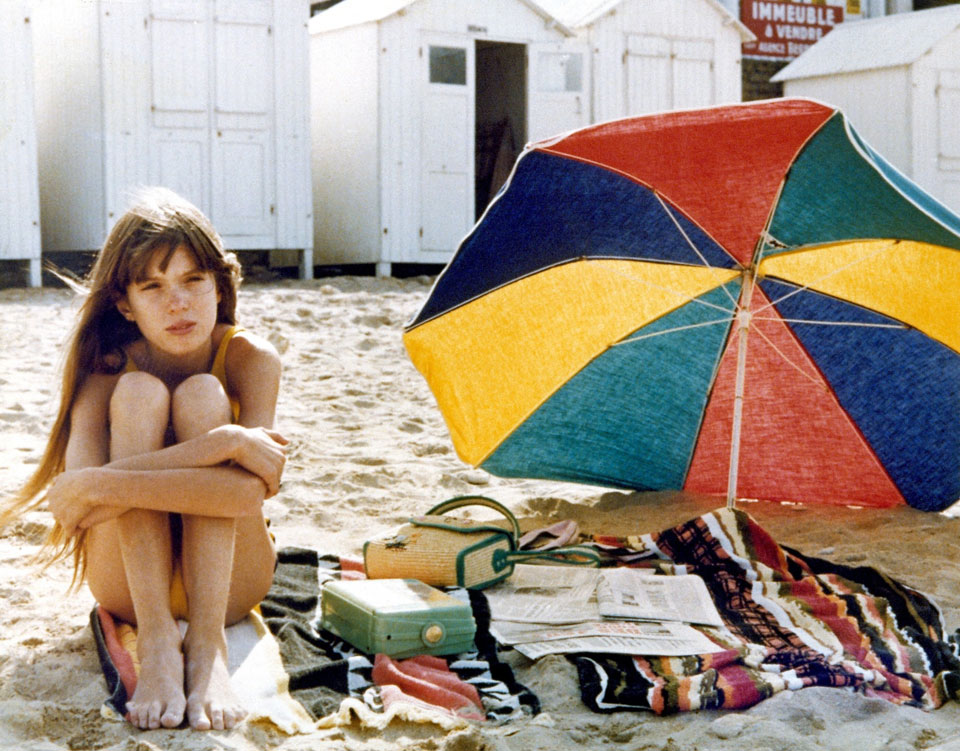 As Huey P. Newton once said, the youth inherit the revolution. Left-wing French cinema has often focused upon the revolutionary spirits of students, most notably Jean-Lic Godard's depiction of radical Maoist youth asserting their position in the world through any means in La Chinoise. Rarely do we see these same revolutionary ideals of the feminine, young girls spouting rowdy anti-fascist ideals without the radicalization towards violence that young men are often moved towards. Diane Kurys's debut film Peppermint Soda is about the children of Karl Marx and Coca-Cola, the bright contrast in teenage years between fanciful ideas about the world, and a riotous anger at the cruel nature of capitalistic society.

It is the 60s, and Anne (Eléonore Klarwein) is entering her teenage years, while her sister Frédérique (Odile Michel), three years her elder, is well in the heat of her teenage turmoil. Going from the last lazy days of summer, to waking up in a school day where their politics are heard, and love and friendship are colliding into one, the lives of the two sisters are entwined with the broader fight against anti-Semitism, fascism, and the lecherous older men who see them now. One sister cries into her mother's shoulder, and the other watches through the doorway. One sister grows politically active, and the younger learns the beginnings of sexuality.

French cinema so often canonizes the works of great men that it forgets about the women breathing life into the medium. Films like Peppermint Soda (and Kurys's later film Entre Nous, also streaming on Criterion) present an incredible underseen canon of truthful portraits of youth. French filmmakers have made some of the medium’s finest coming-of-age stories, but the honest portrayal of the lives of young girls makes Peppermint Soda special. Like films such as Girls Can't Swim, Anne-Sophie Birot's seaside tale of tender first heartbreak between two girls, Peppermint Soda's revolutionary spirit shows the childhood wonder in these young women’s stories that often misses the big screen.

Young girls grow into their politics, sexuality, and the ways men will view them once they're desired, and they are never shamed for still figuring it out. Never over-dramatic, always gentle, and with the audiovisual pleasure of a vintage swimwear catalogue, Peppermint Soda is a lazy summer treat with a massive heart, and sound awareness of its politics.

Peppermint Soda is available to stream on Criterion Channel and Kanopy