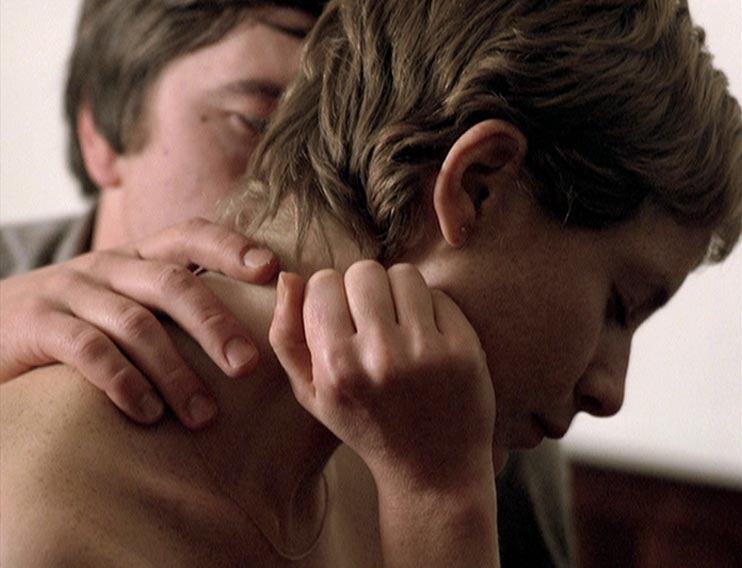 In his 1993 essay “On the Vernacular of Beauty,” Dave Hickey writes, “If you broached the issue of beauty in the American art world of 1988, you could not incite a conversation about rhetoric—or efficacy—or pleasure—or politics—or even Bellini. You would instead ignite a conversation about the marketplace.” Hickey is talking primarily about his colleagues, the “massive civil service of PhDs and MFAs” that constitute the superstructure of the art world: the critics, historians, and curators. For Hickey, the “corruption of the market” is a red herring that distracts from the meat of what’s at issue in art history and criticism, which is still the art itself, the meaning it carries, and the visual pleasure it provokes.

Jean-Luc Godard was always obsessed with the market. In Contempt (1963), he harpooned the prevailing international funding system through Jack Palance’s vulgar American producer (“Whenever I hear the word ‘culture,’ I bring out my check book.”). A decade later, the opening sequence of Tout va bien (1972) is an extreme close-up of checks being signed (seven thousand francs for the screenplay, sixty-six thousand francs for the cinematography, fifteen thousand francs for the score, eight thousand francs for special effects, etc.), laying bare the financial armature of the film we’re about to see. Another decade later, when he had settled into what Colin MacCabe considers his fourth period (after the New Wave, the Dziga Vertov Group, and his collaboration with Anne-Marie Miéville), he was perhaps even more obsessed with the perpetual struggle to fund his films and—in a spirit of militant transparency—the challenge of revealing the tawdry details of that struggle to his audiences.

Passion (1982) follows Polish expat film director Jerzy (Jerzy Radziwiłowicz) who is struggling to make a TV movie (also called Passion) that appears to consist of restagings of famous paintings by Delacroix, Rembrandt, and Goya. The film-within-a-film is bankrolled by Italian investors who keep showing up to demand tangible results for the money they’ve poured into the project, stomping through the set and loudly citing the precise cost of lighting rigs, costumes, and extras—a provocation that ultimately pits them against the film’s director and crew in a deliberately awkward fistfight staged like an amateur production of West Side Story. The Italians pull funding, so the producer threatens to call “Tom in LA” who allegedly knows execs at MGM. Meanwhile Jerzy pines for his homeland, wracked by feelings of guilt over being absent during the Polish government’s brutal crackdown on the movement surrounding the Solidarity labor union (a few years prior to Passion, Radziwiłowicz had portrayed a fictional stand-in for Solidarity leader Lech Wałęsa in a pair of features by Andrzej Wajda).

Apart from poaching Radziwilowicz from Wajda, by the 1980s Godard had—according to Alain Bergala—reached a point where there were “no longer many filmmakers to measure himself against, be jealous of, or to steal an actor or a scene from.” Perceiving himself to be unchallenged in the field of cinema, Godard had to look for past titans in other mediums to square off with, leading to his sustained engagement in this period with the likes of Ingres and El Greco. But many of Godard’s usual, specifically cinematic, preoccupations are still present; at one point, Isabelle Huppert says, “Talking doesn’t mean anything, action does”—a self-reflexive comment on the status, in much of Godard’s work, of dialogue, which is often of so little importance that it’s drowned out by the score, de-synchronized from the image, or otherwise clearly marked as arbitrary and irrelevant to the action. Tonal coherence and the primacy of narrative are further lampooned by scoring scenes of trivial everyday interactions with Mozart’s Requiem and having characters periodically remind each other to say their lines.

Passion is being screened as part of Film Forum’s Isabelle Huppert series, but the film doesn’t give its actors much of a chance to shine. Hanna Schygulla looks like Cruella de Vil and apologizes for her bad French. Michel Piccoli has a chronic cough. Various one-dimensional bit characters randomly quote Victor Hugo and Gregory Bateson. Huppert stammers endearingly (she once told an audience that Godard considered stammering an affliction of the working class—make of that what you will) while Radziwilowicz mopes and occasionally utters cryptic epigrams (“What the night submerges is the invisible continuation of what is drowned in light”). Passion is decidedly not an actors’ film; as Vincent Canby wrote in 1984, “Passion, like all Godard works, is the director's film from start to finish. The actors are simply his tools.” Although Radziwilowicz’s contemplative cinéaste is perhaps intended as Godard’s on-screen alter ego, the abusive production manager who tears an extra’s clothes off and yells at her to get back to work might be a closer analog.

Passion screens this evening, October 22, on 35mm at Film Forum as part of their Isabelle Huppert retrospective. 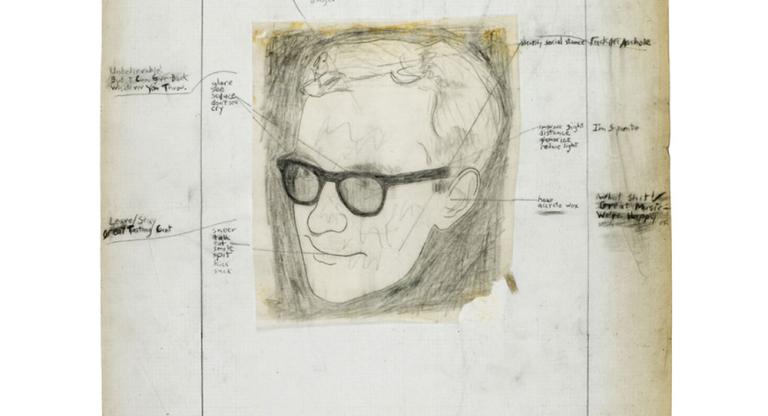 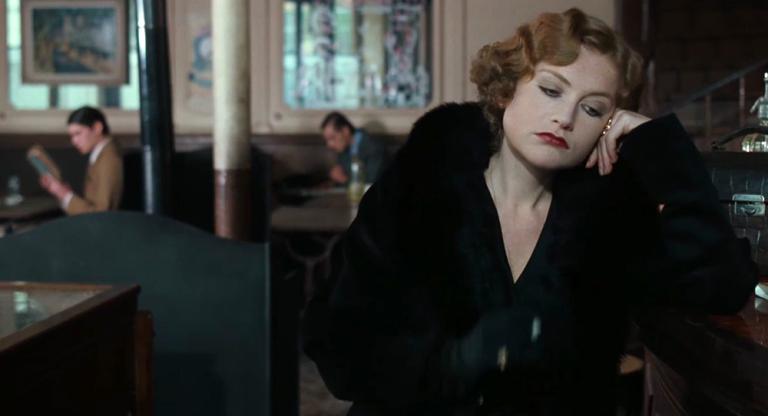