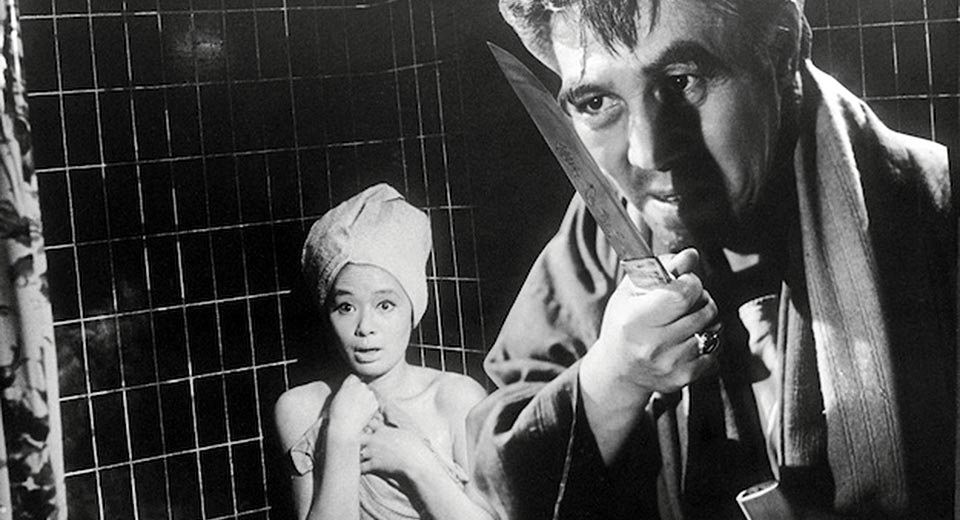 From Kihachi Okamoto , director of Sword of Doom and Blueprint for Murder , comes another surreal take on genre violence based on the short story “Dipped In Blood” by Cornell Woolrich . Part of Japan Society’s Japan Sings! series, Oh, Bomb! is barely a musical—this “rhythm film,” as Kihachi called it, plays fast and loose with convention, bouncing between Western and Eastern stylization and song to build a sense of changing times and shifting culture over a broad slapstick base.

Boss Yatou, a short-tempered, sexed-up thug, is running on a pacifist education platform, promising to lure “International Universities” to the town. His slogan “We Live By The Pen!” inspires Ona to enlist the help of loyal, explosion-loving former cellmate Taro to take Yatou out with a fountain pen bomb. Of course there’s a mix-up, and following the bomb loop improbably around all the characters is half the fun.

The other half’s watching an entire film pulse to a rhythm that fully extends to every element: character movement, framing, editing. Diagetic and nondiagetic sound weave together, as when Ona’s driven to the brink by his wife’s constant drum-chanting the Buddhist lotus sutra. Form matches character: dressed in wooden clogs and Japanese garb, Ona lapses into Rōkyoku and other traditional Japanese forms of narrative singing, even randomly dipping into the high stylization of Noh and Kabuki theater, complete with mannered, deliberate choreography and sudden surrounding staginess. Yatou and his gang have little patience for tradition (or anything, really) and the music shifts to West Side Story-style finger snapping and choreography around them. It’s not until a third of the way through that we see a “proper” musical number in American tradition… taking place in a bank where no one can leave (or wants to) until a measly ten yen are accounted for. What appears an eclectic free-for-all turns out to be a balanced look at tradition vs. modernism, weighing the benefits and pitfalls of both without slowing down for a second. —Danielle Burgos