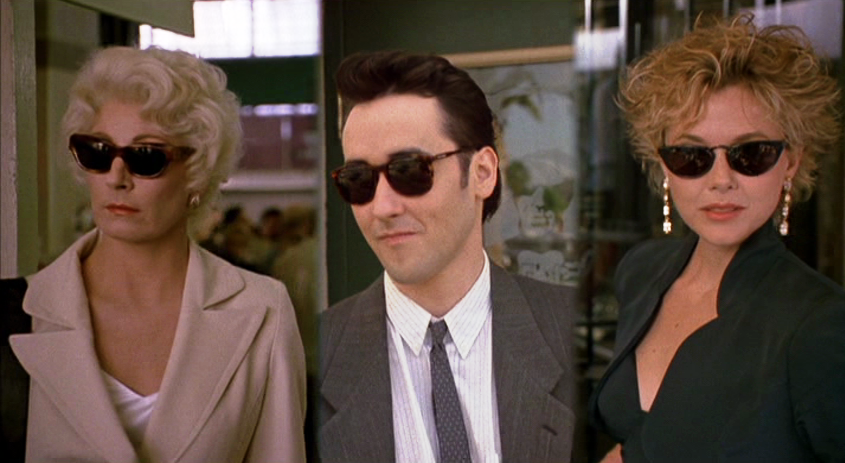 We've made it, old chums – made it through another slog of fleeting joys and lasting disappointments, fresh promises and stale realities. Stolen moments of ethereal happiness, snatched from the firm grip of Father Time, are all that remain of another year's toil – and twelve months hence, the saga repeats anew. Back on the chain gang after a brief interlude, we resolve to better ourselves physically, financially, mentally, expecting more of the same – not hard-won perfection, or even stability – that awaits us this time next year.

These promises of fortune and ease – must they always taunt us, just out of reach? Reader, take heed: for those brave enough to employ it, there is a shortcut to prosperity. Confidence, that slippery state of surety, is a secret weapon of the idle, the "one weird trick" that – when applied with sufficient pressure – almost certainly guarantees a speedy windfall. You don't have to travel far for this precious mettle; it's mined right here in the good old U.S. of A. As long as honest, calloused hands labor in service of our once-great nation, there will always be a nimble, grasping pair of paws not far behind.

Confidence men-and-women, possessed of silver tongues and agile minds, see opportunity in every interaction, however brief. They work smarter, not harder, as the maxim goes, parlaying square society's inherent avarice into an American dream of their own making. High-minded sorts pace the shop floor dreaming of easy money, but only a true chiseler has the stones to reach out and grab it. And in honor of these less-than-honorable, uniquely American archetypes, Metrograph has compiled a snappy, week-long end-of-year series highlighting the best – and worst – in the game. 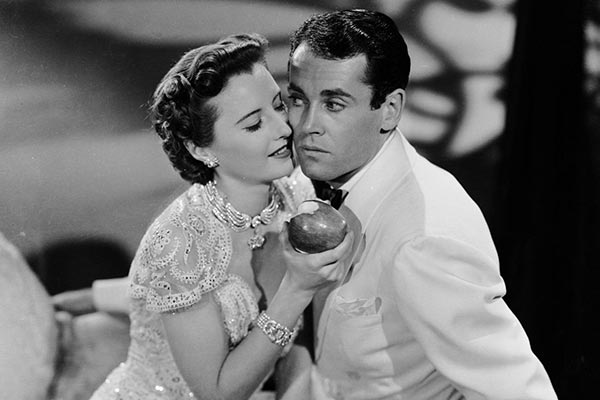 Grift isn't what it used to be, but in raising the bar to entry we have only raised the stakes. Penny-ante cons, little more than glorified close magic; these have gone the way of the Ford Edsel and the affordable bachelor's degree. Today's four-flushers are shooting the moon, landing ass-first onto polished seats of power and influence. In a simpler time, before "Black Friday" became synonymous with Yuletide bargains, cinematic accounts of sneaky con artists sparkled with champagne charm. America was dying of thirst, and those fizzy fortune hunters were ready to slake that thirst: screwball comedies proffered disheartened moviegoers with a fantasy life of ocean liners and swank casino hotels, bedecked with rapid-fire dialogue and a music number or two. These grifters, far from menacing thugs, kept the "play" in "playing for keeps," screwing their dottering marks with the full-throated endorsement of an enchanted American public.

Take the rouged and roguish pair in Ernst Lubitsch's 1932 comedy Trouble in Paradise, for instance, portrayed by slinky everywoman Miriam Hopkins and the silky Herbert Marshall. After a meet cute mid-pocket pick, the romance that blossoms in this fertile playground surpasses mere sexual chemistry. Their shared gift for grift is proof that the greatest love between two souls is game recognizing mutual game – a bond tougher than diamonds, broken only by the promise of an even bigger payout.

When love and money are entangled thusly, you can forgive a willing audience for conflating the two: is it the promise of quick capital that draws an operator into their victim's orbit, or something more profound? Many a mountebank has strayed from the path of payola to dip their toes into the sea of love – the art of the con and the art of seduction are close cohorts. Both require a foundation of charm and attentiveness, upon which the lover builds his dream house, and the grifter builds her house of cards. Wires are crossed, tootsies mingle under tables, and the resulting spark can set loins a-blazin'. Wiseacre Barbara Stanwyck making love to (and mincemeat of) virginal Henry Fonda in Preston Sturges' The Lady Eve it isn't half as filthy as the lucre in her crosshairs – but, as in Paradise, fast cash is simply a pretext to pave a convoluted path with double-entendres, ending always at the altar. 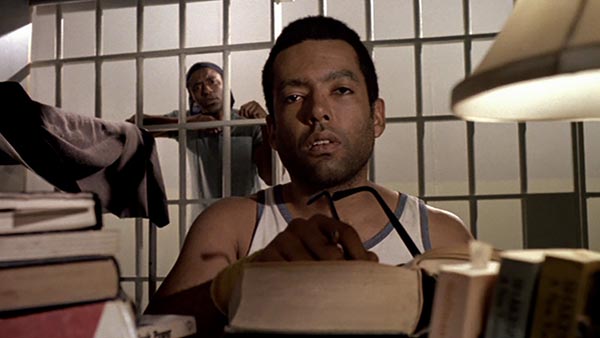 This spate of high-strung gaities couldn't last, of course: by the time Cold War set in, America's second favorite past time had hardened into a dangerous practice – the province of lazy good-time Charlies, nefarious sociopaths, and greedy underclassmen. Used to be a shipping heir could sleep tight with a conman in the room adjacent, knowing a missing cufflink or fat bankroll was the worst in store. As the twilight of those bygone, lovelorn chiselers began to wane a more sinister iteration had emerged, ready to meet the degrading pace of modern life at its basest level. And a growing middle class, marching ever-forward with breadlines in the rear view mirror, brought fresh grist to the grift mill, expanding rosters of potential marks beyond the topiary-bound walls of country estates and into the back patios of suburban homes.

Adapting the incredible true story of Detroit conman William Douglas Street, Jr., Chameleon Street director and star Wendell B. Harris, Jr. added a heretofore unexamined angle of racial inequality to the charlatan cannon. As a relatively-rare protagonist of color in the genre, Harris charts Street's success through the warped landscape of the "model minority" conundrum. The former small-time hood from Motor City disarmed his white marks by reflecting their skewed expectations of Black manhood back into their pasty faces, at times impersonating a Yale graduate student, award-winning journalist, or white-collar professional as the occasion required. It's telling that Street's conning career began at the tail end of the 1970s, straddling the long shadow of an unfinished Civil Rights movement and easing into the greedy 1980s like a cut-glass slipper. The grifter picture even had a little renaissance on the precipice of our young century: in fin-de-siècle adaptations of pulp maestro Jim Thompson's The Grifters, or Patricia Highsmith's The Talented Mr. Ripley, this once lively vocation takes a decidedly bloody turn. 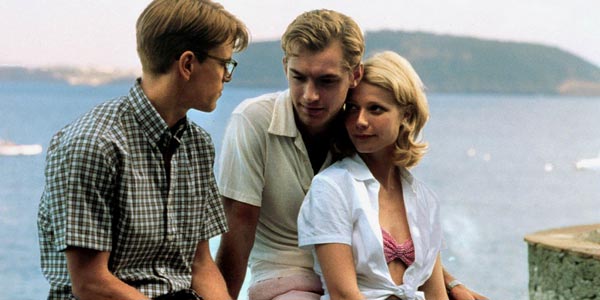 For his service in the field, con artist, art forger, and cold-blooded killer Tom Ripley ought to have his portrait on our paper money. Director Anthony Minghella's adaptation of the anti-hero's origin story cast boy-next-door Matt Damon as the titular swindler, putting an earnest face on one of fiction's biggest phonies. Clean-cut, humble, born of good New England stock: what could possibly drive this Adonis-with-a-paper route down the path to homosexuality and homicide? Greed is only one facet – what Ripley and this new class share is the feverish desires of a nobody, aching to be an somebody who would fall for anything. At their most successful, postmodern grifters like Ripley and William Street reveal just how hollow and fragile our close-held institutions really are. If a high school dropout can sweet talk his way into a gynecological residency at a top hospital, why bother with medical school (and the ruinous debt it entails)?

Ditto the price tag of an MBA – as de rigueur for the Reagan Era as "Nantucket reds" and a standing reservation at Mr. Chow – evidenced by the meteoric rise, crack-addled fall, and befuddling reemergence of penny stock czar Jordan Belfort. Like Damon's Ripley, Leonardo DiCaprio's embodiment of the real-life ripoff artist offered another teen heartthrob the chance to run gloriously amok in pursuit of the almighty dollar. Adapted from Belfort's best-selling memoir (and released within months of Leo's star turn as fictional social climber Jay Gatsby), director Martin Scorsese out-Fitzgeralded Fitzgerald in his flamboyant account of one stock broker's unchecked reign on the plain of deregulated stock trading. Belfort's humble beginnings conning little old ladies out of their meagre pension funds quickly establishes our protagonist as the acme of Yuppie Scum – and though his ultimate undoing is a foregone conclusion, there is real joy to be found in watching Belfort plumb the depths of decadence and depravity before his inevitable crash. 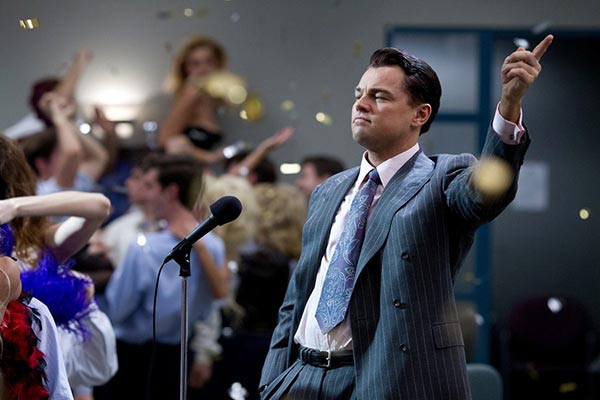 What separates Belfort, and countless subsequent swindlers, from his antecedents in grift is scale: rolling a swell for spending money (or a lifetime of conjugal bliss) is small potatoes compared to thousands of suckers one could defraud through more "legitimate" avenues. It was this transition, from the back alleys of Broadway or the Riviera onto the wide-open sidewalks of Wall Street and Pennsylvania Avenue, that marked the final curtain call for a simpler, friendlier rip-off scheme. Audiences have responded in kind, aching – like their on-screen avatars – for ever-fatter payouts with even-leaner effort. In the decade following our most recent (but by no means final) financial crisis, our fascination with grifters has only expanded; out from the four walls of the cinema and into our everyday lives, for each day in our unceasing news cycle adds a fresh face to the firmament.

This new school of grifting, nurtured over four generations of diminishing economic returns, seems to have no limit, and even the highest offices of our hallowed government are vulnerable. Time passes, and our shared feelings of precarity and uncertainty continue apace. Knowing full well that the law is in cahoots with these clever cons, we can only hope the coming years bring a little karmic retribution – until then, expect more of the same. It's not surprising that unsavory types continue to storm the back doors of American prosperity, simply a damn shame that they use to do it with a little more elan.