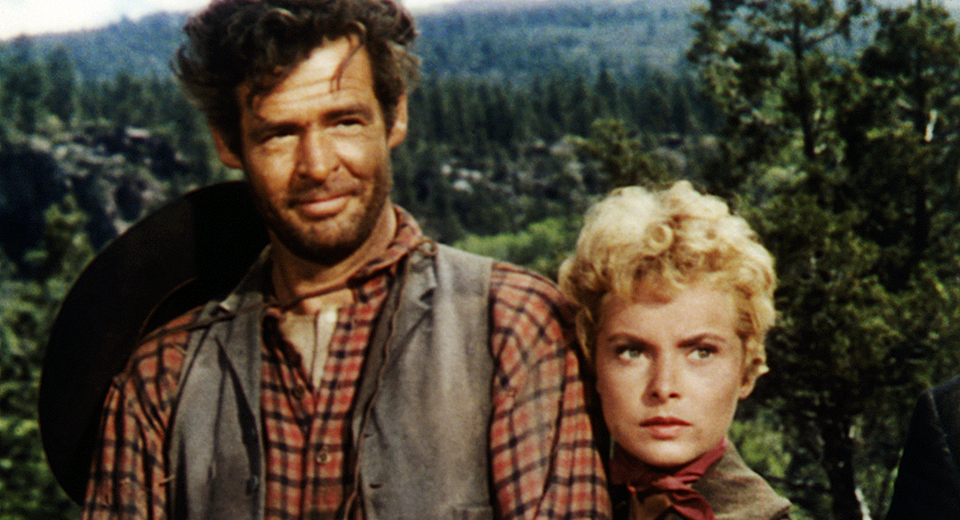 The respective talents of Robert Ryan and Anthony Mann were ideally suited for the two quintessentially American film genres—the Western and noir pictures. As their contemporaries (such as Howard Hawks, Billy Wilder, Nicholas Ray, Jimmy Stewart, Lana Turner and Burt Lancaster) visited, on occasion, noir’s dismal urban streets or the Western’s dusty vistas, Ryan and Mann inhabited these milieux for the better part of their careers, often cross-contaminating the tonal and topographical qualities between the two. Ryan’s screen presence and Mann’s camera tended toward grand, stark gestures that belied an inner complexity. The former repeatedly squinted and clenched his jaw in spiteful rage; the latter created bottomless swathes of black in his noir frames and packed his morally ambiguous cowboys into claustrophobic clusters against unforgiving Western landscapes.

As both careers peaked in the 1950s, the pair collaborated on three films within the space of five years: The Naked Spur  (1953), Men in War (1957) and God’s Little Acre (1958). The latter two remain punchy, unfortunately obscure pictures, while The Naked Spur has justifiably built a reputation as a pivot point in the Western genre. Preceding the psychological depth of John Ford’s late Westerns, The Naked Spur presents one of Jimmy Stewart’s most anguished roles as a bounty hunter pursuing Ryan’s fugitive, Ben Vandergroat, through the Rocky Mountains.

Once captured, Vandergroat gradually sows discord among Stewart and his makeshift posse, hoping to buy time for an escape. At first glance, the performance seems the most broad and cartoonish in Ryan’s coterie of steel-eyed sociopaths. Nearly every line devolves into a giggles as he contrives the persona of a toothy rube resigned to his fate at the end of a hangman’s rope. The affable murderer is shrewder than he appears, and Vandergroat drops the moron act while planning a getaway with his partner, Janet Leigh. The fugitive gleefully plays each of his captors against the others. Ryan sadistically prods Stewart’s personal anguish (the bounty hunter’s wife ran off while he was serving in the Union army) as much for his own pleasure as for the strategic advantage.

Like Mann’s film, Ryan’s performance (and Vandergroat’s performance-within-a-performance) is comprised of a loud, violent surface layered over top a complex—though no less violent—interior. This tendency is characteristic in the work of both men, yet it is arguably most potent as the parallel strands converge in The Naked Spur.