My Gaze Covers You Like Ivy: The Films of Antoinette Zwirchmayr 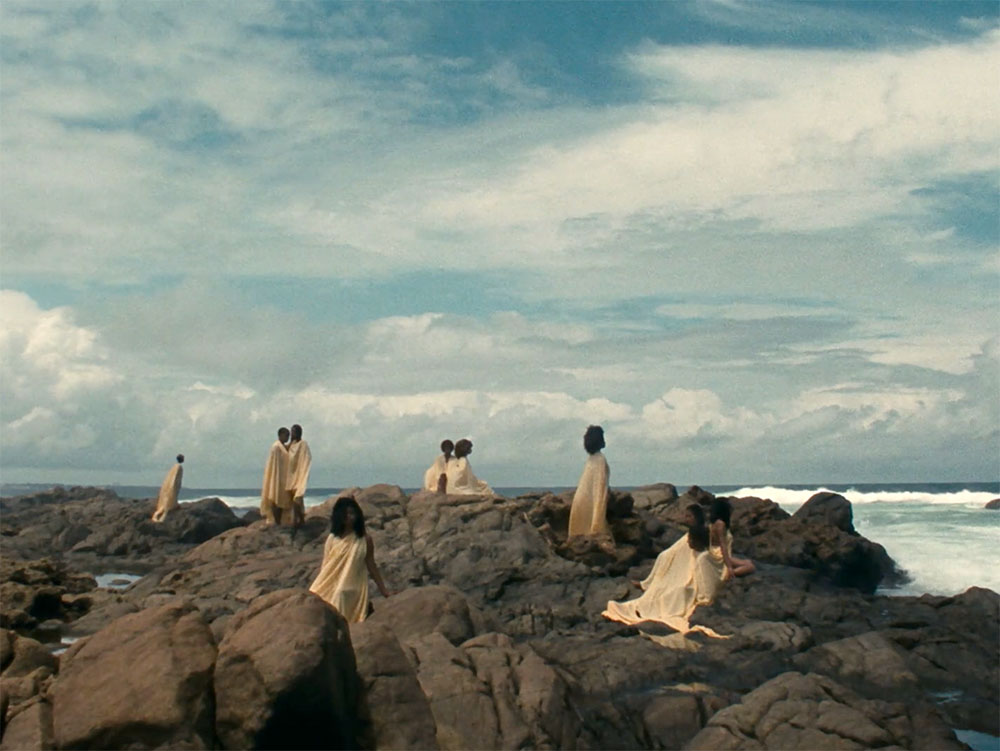 "An Austrian museum and a festival gave me a complex, two-page concept for an exhibition, some money, and very little time. I was kind of irritated by this approach, and in the end they didn’t even integrate the film into the exhibition. I was under a lot of pressure, and I started thinking about the outside all the time. The question 'Will they like the film?' was always floating in the room. This thought is deadly for the artistic process. You should always think the opposite: 'Let’s hope they don’t like it!'

She was quick to note that she did appreciate the commission, and that the resulting film, a chic, gemlike cogitation, wouldn’t have come to be without it. But that is a good point about the proper calibration of a creative mindset, well taken from an artist whose work is as narratively ambiguous as it is compositionally exact, and nowhere near ingratiating. “My Gaze Covers You Like Ivy,” a three-part Zwirchmayr series at Anthology Film Archives, gathers more than a dozen of her classification-averse pieces, eroding whatever boundary we might have imagined there was between essay films and tactile abstractions, and proving to be plenty likable after all.

Zwirchmayr has a sly way of meditating on landscapes, both physical and mental. Early in The Seismic Form (2020), we see, up close, a man’s nose and mouth protruding from a heap of shimmering black volcanic dust. At once disturbing and amusing, the image recurs with elaborating variations. Among other things, it calls to mind a famous photo by and of the late East Village artist and activist David Wojnarowicz, his 1991 Untitled (face in dirt). “An image of defiance in the face of extinction” is how writer Olivia Laing described that picture, which adorns the cover of her book Funny Weather: Art in an Emergency. You might say Zwirchmayr’s larger project, so often an exquisite choreography of bodies and rocks, has to do with what it means, and how it feels, to be buried alive—by image, by sound, by ideas, by the world.

A later section of the film layers voiceover readings from sociologist Jean Baudrillard’s Fatal Strategies into a tenderly scrutinizing slideshow of vulnerable, nude humans among weathered buildings and steaming lava fields: “The sadistic irony of catastrophe,” one offscreen voice calmly intones, “is that it secretly awaits for things, even ruins, to regain their beauty and meaning, only to destroy them once again.”

This is not exactly literary adaptation, but a kind of free association, with images flowing like the inspiration flashes of zealously scrawled margin notes. It resonates with Zwirchmayr’s preference for the beautiful ruin that is pre-digital technology—she uses celluloid exclusively. And yes, you might worry that the steadfastly analog approach courts the catastrophe of obsolescence, but isn’t this also the beauty of it? The real value of what’s on offer here seems most concentrated in those moments when you can’t tell where the rippling sand ends and the grain of celluloid begins.

Zwirchmayr’s “What I Remember” trilogy, made between 2014 and 2017, refracts an extraordinary family history—the life stories, in particular, of her grandfather, an eminent Salzburg brothel owner, and her father, a socially embarrassed bank robber who fled to Brazil. Not trying to be liked is again the guiding principle for these minimal and deliberately fragmentary works, which, almost in spite of sensational source material, have the good sense to avoid hackneyed narrative gestures and other cinematic clichés. Zwirchmayr’s shrewd ambivalence about storytelling is what lets her bottle the lightning bolts of memory, along with another poignant, if playful, irony: put one still life after another long enough and you get a motion picture. It’s worth noting how often mirrors show up in her skillfully balanced tableaux, as if to drive wedges between experience and imagination.

Here again, narration serves not as a crutch but as a pillar, in this case of female agency within a conspicuously male-dominated family lore. In part one, The Pimp and His Trophies, a knowing woman’s voice spells at least this much out for us: “Not unlike soap bubbles or oil slick, the peacock’s shimmering plumage appears colorful because of the light’s interference inside tiny air pockets. If the air chambers are destroyed, the feathers turn grey.”

Most affecting about these films is the consistency of their maker’s trueness to herself. They display an impressive coherence of visual and aural information, with no shortage of beauty, sensitivity, and serenity—but also, even and especially at their most mysterious, they simply seem to be made by the same person. A sort of anti-influencer, Zwirchmayr bravely maintains her own solitary way of seeing the world, and has the nerve to reconfigure it, however fleetingly, whether the rest of us like it or not.

“My Gaze Covers You Like Ivy: The Films of Antoinette Zwirchmayr” runs tonight and tomorrow, July 29 and 30, at Anthology Film Archives, every film in 16mm or 35mm.