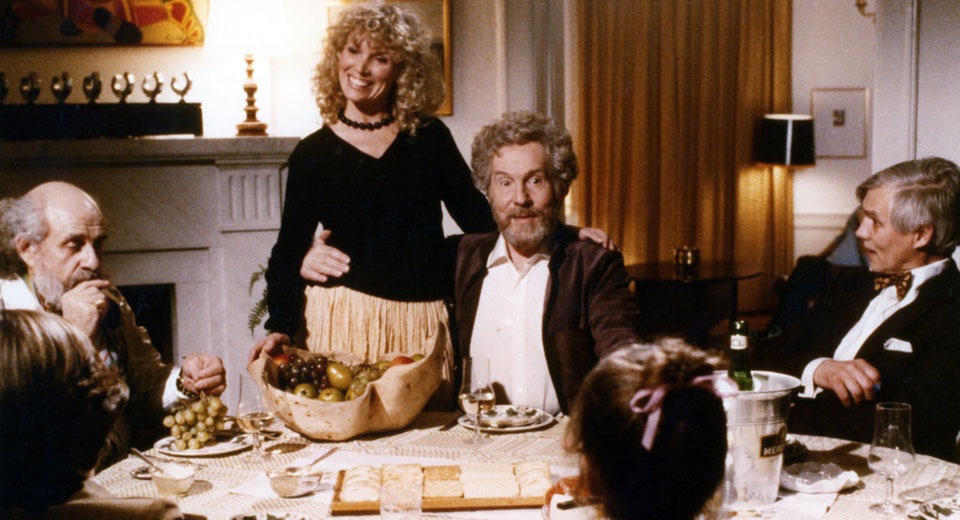 After leaving his native Yugoslavia amid the political fallout sparked by his counter cultural tribute to sexual freedom, W.R. Mysteries of the Organism, and being censored in many other countries over the taboo-shattering antics of Sweet Movie, Dušan Makavejev’s Swedish follow-up film Montenegro, a product of a seven year struggle to find financing, is registered in a much more traditional narrative key. Eschewing the dialectical, essayistic structures of his previous features, Montenegro is a Buñuelian black comedy on bourgeois values and sexual repression more focused on pointedly lampooning norms than shockingly transgressing them.

First seen training her 10-year-old daughter for future domestic duties by neurotically breaking down all the steps for making Schnitzel, Marilyn (Susan Anspach), is trapped in a domestic prison so stripped of personal freedom that her only means of self-expression are lighting her bed on fire and crying under the kitchen table. When on a whim she decides to follow her neglectful husband on his business trip to Brazil, she gets turned around by airport security and ends up hooking up with a group of Eastern European immigrants who own a local bar and brothel called Zanzi Bar. Surrounded by brazen sexuality — one live show involves a toy tank with a dildo strapped on — and aggressive attempts at seduction by the working-class regulars, Marilyn finds a newfound sense of personal freedom in shamelessness and debasement.

In line with Makavejev’s interest in Austrian psychoanalyst Wilhelm Reich’s Orgonomic theory that sexual repression is the basis for social control, Montenegro frequently references non-human animals in order to evoke a more primal, instinctual way of being. From her first introduction where she’s wrapped in expensive furs to her late-movie orgy amidst a bed of chicken feed, Marilyn’s shedding of the veneer of upper-class existence is simultaneously portrayed as a move towards a more animalistic existence. Freedom, Makavejev seems to suggest, is not an escape from one’s immediate surroundings, but an inner flight with the rational, domestic ways of thinking exemplified by upper-class life. Early in the film Marilyn poisons the dog’s water bowl and urges it to drink, telling it that it has the choice whether to live or die. The dog chooses not to based on pure instinct. Later, when she poisons her family’s dinner, they eat it up with gusto.