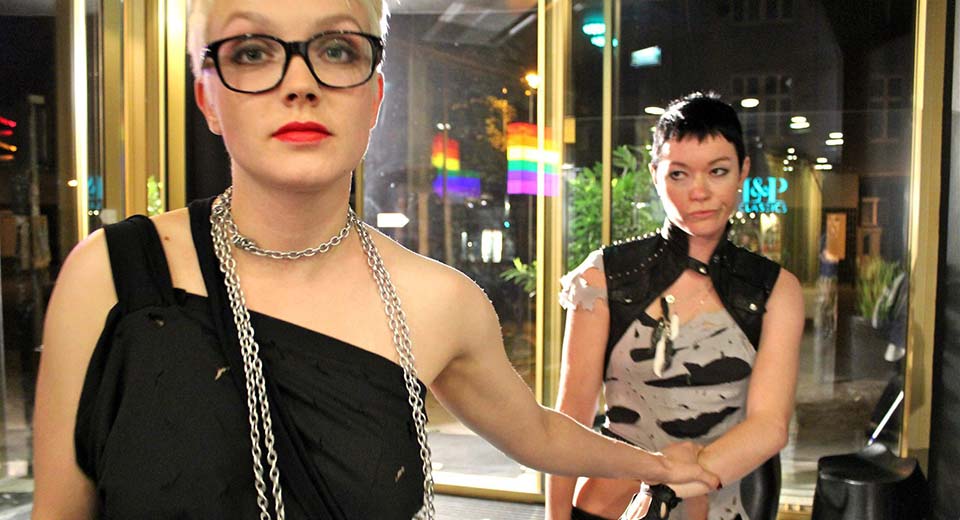 Lil Harlow and Papí Coxxx play Dylan and Claudia, a couple with intense sexual chemistry, but serious commitment issues. The plot, like Grand Hotel or La Ronde before it, spins out from there, detailing Dylan and Claudia’s affairs and misadventures that center around a particularly sexy hotel. The couple is reunited at the end of the film—but have they learned enough to finally appreciate one another? Mommy Is Coming plays out its central story as a queer soap opera—a lively, (mostly) feelgood exploration of sex, kink and gender fluidity. The cast, full of sex educators and activists (Coxxx, Maggie Tappert as the title mommy, Jiz Lee, and Judy Minx), also appears in between-scenes vignettes, where they are interviewed about the film (both in and out of character) and their thoughts on gender, taboos, and Berlin as the new San Francisco. And if you’re impressed by the cast, the behind-the-scenes talent is equally exciting: legendary adult actress Annie Sprinkle cast the film alongside Dunye, and playwright and novelist Sarah Schulman co-wrote the script.