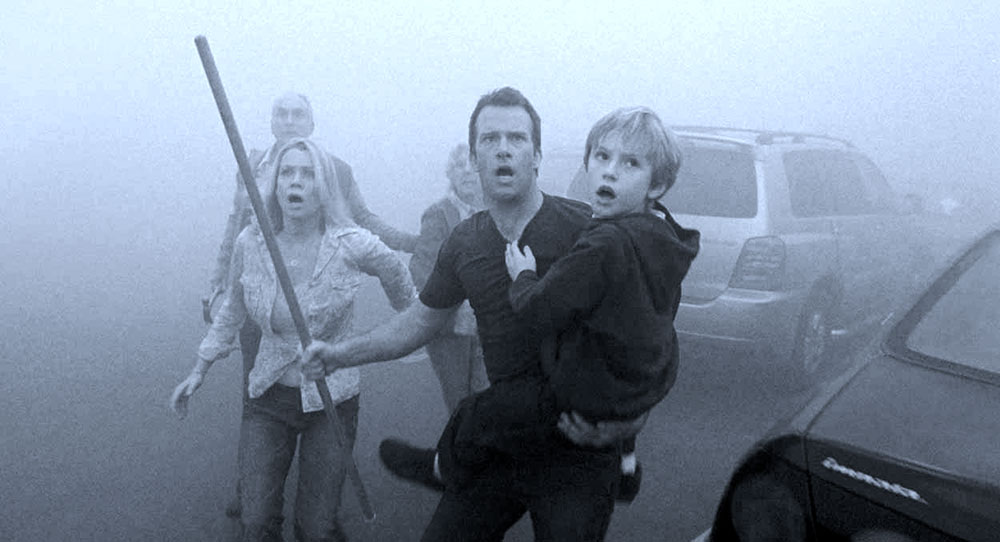 Due to the demands of industrial efficiency, monochromatic cinema betrayed human vision and predominated for most of the medium’s first six decades before losing out to a series of evolving color processes. Like so many other norms (square aspect ratios, 16mm grain, emulsion scratches) of the various predigital eras, there’s been a resurgence of black and white recently. The most curious subgroup of modern B&W films are those shot and initially released in color. So far these cuts have found find their way to DVD bonus disks or the odd limited theatrical re-release with fresh subtitles like Logan Noir (2017) and Mad Max: Fury Road: Black and Chrome Edition (2015/2017). So what is gained by losing color? As Johnny Mnemonic (1995/2021) director Robert Longo told this very website, desaturation can make a would-be blockbuster look “like a shitty million-dollar movie.” Beyond the sheen of a good bargain, the re-releases draw our focus directly to a film’s staging and tonal depth. In everyday experience, color dominates the way the typically-sighted register most visual experience. At the movies, it adds a seductive verisimilitude (when not deployed expressionistically) that makes us just the smallest bit more passive. When it’s scrubbed off, we’re left with an uncanny and unconsciously intriguing facsimile of the world we know.

In Frank Darabont’s black-and-white version of The Mist (2007), the writer-director milks the evil-twin tendencies of horror films: concealment and display. “That’s not ordinary mist,” says Thomas Jane’s everyman to a group of Mainers who’ve barricaded themselves in a supermarket to avoid the violence concealed by an encroaching white fog. It’s full of Lovecraftian monsters that Darabont shamelessly pulls in and out of full view. The mist is an inversion of foreboding dark, a white abyss that could contain anything. Its mystery is punctured whenever the film’s CG bestiary emerges with tentacles and lacerating webs to devour a who’s who of character actors, including Marcia Gay Harden, Toby Jones, William Sadler, and Jeffrey DeMunn. The creature effects have aged better in black and white, as nearly all digital spectacle would. Darabont shows and withholds based on the script’s video-game rhythm of stages and boss fights, and ultimately strikes a perfect balance between putting all the studio’s money onscreen and the tantalizing suggestion of even greater horrors buried in that undulating whiteness.

If nothing else (and there’s plenty else) The Mist is required viewing for the psychological brutality of its ending. I owe you a debt of gratitude if you can name a widely released Hollywood entertainment with a more immediately bleak finale. No details here, other than it contains Thomas Jane’s agonized howl, an undignified and chaotic sound that makes you realize how rare the plausible male scream is at the movies.