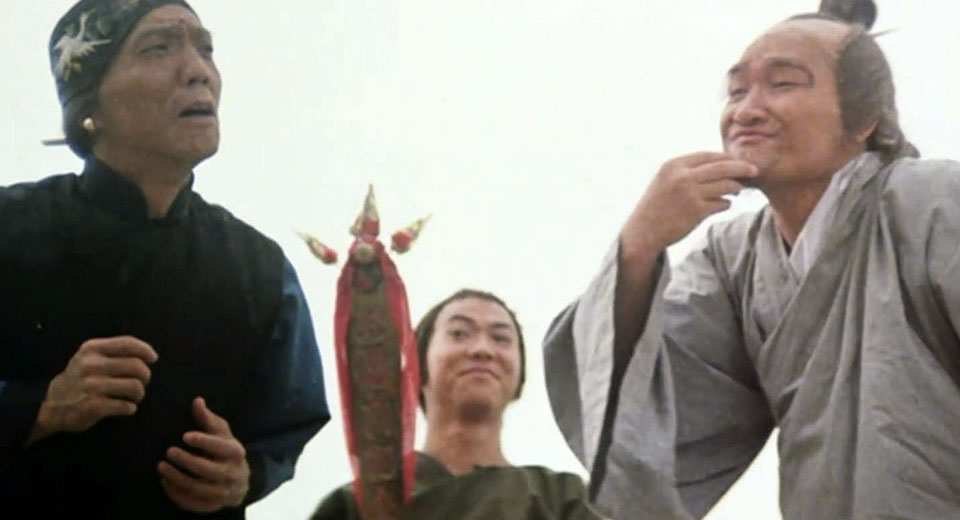 If only Yuen Woo-Ping had directed The Matrix instead of merely choreographing it, perhaps we would have had Keanu Reeves singing children’s songs with vicious demon girls trapped inside urns and sparring with paper swords instead instead of all those dour CGI Agent Smiths. But such is the folly of post-classical Hollywood, which loves the eye-opening visual innovations more resourceful film sectors — be it Hong Kong, regional American horror independents, or the 1960s New York avant-garde — yet fears the free spirited, popular-minded charm of such ragtag enterprises. Take Yuen Woo-Ping's The Miracle Fighters, a film that feels as far away from focus-group-tested Hollywood product as cinematically possible.

Starting in media res like all best kung-fu quickies, the film kicks off with an evil emperor passing a death sentence on a kung fu warrior, Ko Hung, for being married to a woman of another kingdom. While punching and kicking his way out of the palace, Ko Hung kidnaps the 5-year-old prince and attempts to hold him hostage until he's made his escape, but ends up accidentally killing him instead. Cut forward 10 years, and the evil Sorcerer Bat (he squeaks with each hit and has wings just as you’d imagine) has finally found him living with his nephew, Shu-Kan. When Sorcerer Bat kills Ko Hung, Shu-Kan flees to take refuge in the temple of two elderly and constantly bickering Taoist priests. And so on until all allusion to narrative coherence goes out the window and the last 40 minutes becomes little more than a couple of ridiculous kung-fu pranks played by the taoist priests on one another and a killer wizardry contest that culminates in perhaps the greatest kung-fu fart joke put to celluloid.

There was a well enforced law of Hong Kong cinema that entertainment always comes before coherence, character development, artistic ambition, and anything else that can too often be an excuse for dullness, and The Miracle Fighters certainly adheres to it. Climatic fights are interrupted by weird costume changes and an entire training sequence serves to be little more than an excuse for one the priests to relentlessly beat Shu-Kan with a bunch of fake limbs, torsos, and heads. Like the best of the Tashlin-Lewis movies, plot matters much less than crude jokes and wacky sight gags guaranteed to keep even oldest, crankiest, and most sleep-deprived of audiences bolted to the front of their seats.