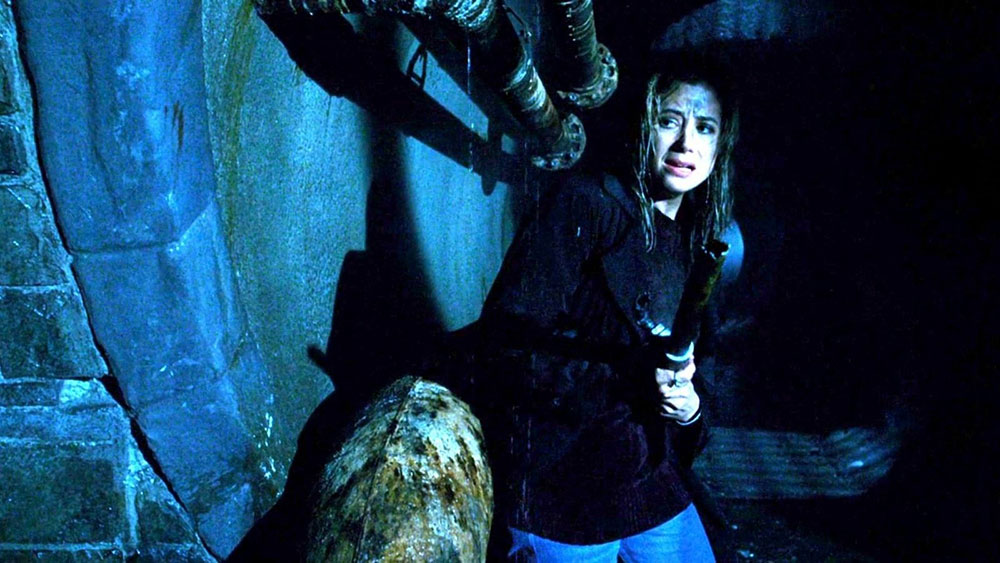 Bob and Harvey Weinstein were notorious for cutting films against filmmakers’ wishes, including the foreign films that Miramax acquired for US distribution, like Cinema Paradiso (1988), Supercop (1992), or Like Water for Chocolate (1992). The Weinsteins decided that American viewers would prefer the deliberately paced films they had purchased shorter and more easily digested. This practice was also in place for their own productions, in which they regularly denied filmmakers final cut. Such was the case with Mimic (1997), the Hollywood debut of the future Oscar–winning Mexican filmmaker Guillermo del Toro.

Even considering the director’s cut, released over a decade ago, Mimic is still far removed from the quality of del Toro’s best Spanish-language films—Cronos (1992), The Devil’s Backbone (2001)—or his best Hollywood efforts—Hellboy (2004), The Shape of Water (2017). At least, in its unadulterated version, we can see the DNA of his films both before and after. The director’s cut does not add missing creature effects, moments of gore, or anything salacious, but it does correct something that evaded viewers and critics back in 1997: it shows us what del Toro was attempting to say.

In the simplest terms, Mimic is a film about genetically engineered cockroaches in New York City. That logline alone is worthy of a modestly budgeted, R-rated, mid-’90s genre film. And that is the film that Miramax/Dimension ultimately delivered to audiences in the summer of 1997. But, as anyone could tell who had seen Del Toro’s prior film, Cronos, before sitting down for 105 minutes with Mimic, something was missing. While some critics praised its breakneck pacing and creepy visuals, del Toro’s philosophical aspects were largely absent. Where the focus on the theatrical cut is indeed a battle between man and nature, pitting Mira Sorvino and Charles S. Dutton against a bunch of manlike mutant cockroaches, the director’s cut is much more apocalyptic in its scope.

Mimic, as it was meant to be seen, isn’t a film about man versus insect, but rather man versus man. In his approved cut, Del Toro wrestles with religion, including in a scene featuring translated Chinese dialogue, wherein a woman expresses a terror of “dark angels,” which is completely absent from the theatrical cut. Mimic is a much better film with del Toro’s original vision restored, but it also lives up to its title in resembling films that came before it—notably Alien (1979) and Death Line (1972)—while sharing more than a little in common with its contemporaries from the same year, like Starship Troopers and The Relic. That’s not to dismiss the film, which works as both a practical effects–fueled monster movie and as something more abstract, bridging the gap between the intimate horror of Cronos and the unbridled spectacle of Hellboy.

Mimic (Director’s Cut) screens tonight, January 7, and on January 27, at the Museum of Modern Art as part of the series “Guillermo del Toro: Tales of Mourning and Imagination.”