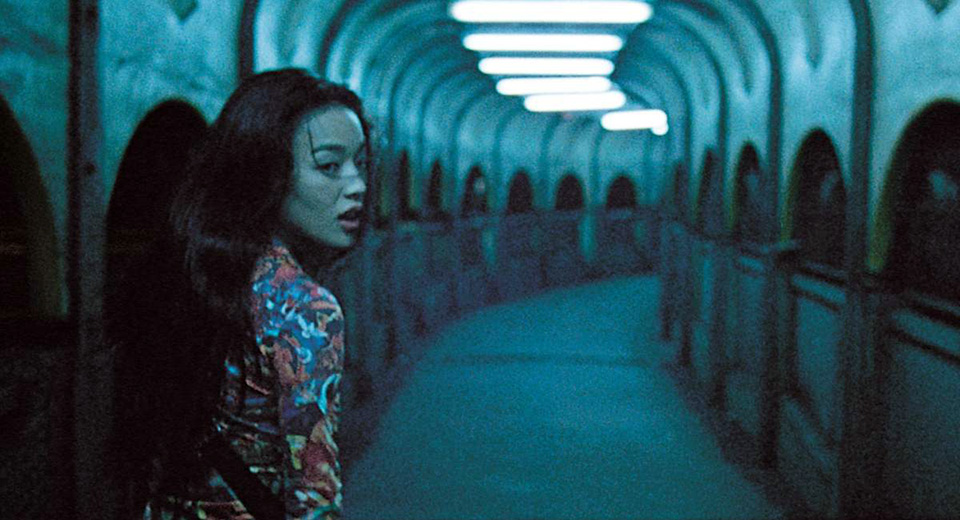 There is a sad perpetuity about nightlifers who abandon circadian cycles for the club – daytime becomes an interlude for more of the same. In Hou Hsiao-hsien's Millennium Mambo, it's Taipei in 2001 and Vicky (Shu Qi) loops between the two rooms of her tiny apartment and the glaring fluorescence of her nocturnal hangouts. The world is perched on the brink of a new millennium, ready to celebrate the 21st century, she says, but the calendar shift feels like a monumental lie for a young woman trapped by endless nights and absent desires. Where Edward Yang's Taipei Story (1985) captures a city anonymized by globalization in the 80s, Millennium Mambo blunts the many rhythms of urban life into an empty time less lived than passively endured. Even the apartment, which Vicky shares with an abusive long-term boyfriend, is arranged to deny the day, void of windows but filled with artificial lights. Only the occasional glint on a beaded curtain ever suggests sunlight.

Vicky narrates intermittently from ten years in the future, sometimes filling in the past details of her life: she dropped out of high school; she met her boyfriend one (in)auspicious night at a karaoke bar. He does dexies, plays video games all day, cries when she dumps him (over and over), threatens to kill her (over and over). Other times, her narration precedes her life onscreen, a past tense announcement of some future action that plays out half a beat later: her landlord finds her a job as a hostess, she tells us, camera panning across stripper poles, leather lounges, and – there she is, in a room filled with smoke and men. Later, Jack (Jack Kao), an older gangster, takes her in, their relationship as innocently paternal as two people who meet in a strip club can insist, but never with the promise of any lasting affection. She seems happy, every now and then, the wind in her hair as she throws her arms up out of a racing convertible, or making snow angels on a spontaneous trip to Japan, but her joy is never a cathartic counterpoint to her ennui. Sometimes her voiceover seems like a trap, fating the film to unfold as it does, but the years go on, with or without her permission.