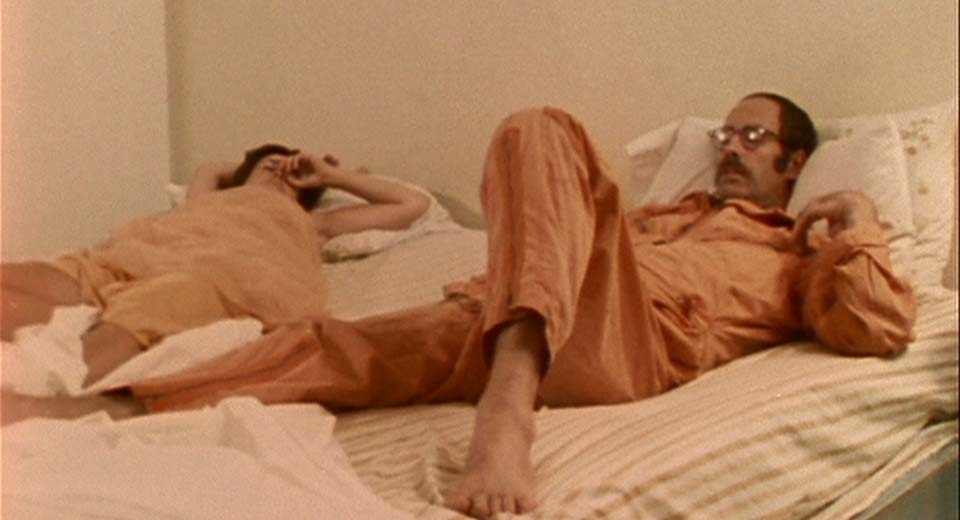 If you’re up for a harrowing weeknight, Film Forum’s ’60s Verité series continues tonight with Allan King’s A Married Couple , which is simultaneously exactly what the title suggests and much more specific: an investigation of the institution of marriage through the daily lives of one particular couple, with an emphasis on their individual experiences. For ten weeks, King sent a two-person crew (cinematographer Richard Leiterman and sound technician Chris Wrangler) to film his friends Billy and Antoinette Edwards, who (mostly) ditched the bohemian ’60s for the allure of upper-middle-class married life in Toronto, from morning until night; King kept his distance to avoid being one too many disruptive, camera-wielding cooks in the kitchen. Even with minimal personnel floating around, it’s still shocking how nakedly the Edwardses interact with one another throughout the film, not just in explosive arguments, but also in more gestural moments of domestic awkwardness. Early on in the film, Billy keeps nudging towards Antoinette on his bed (they sleep in separate bedrooms) as he tries to kiss her; her body language closed off, Antoinette keeps her eyes trained on a magazine, as Billy gradually shimmies her to the edge of the mattress. They both laugh, a little too loudly, and the tension is almost unbearable.

Similarly richly layered interactions stood out to King as he whittled weeks of footage into a tightly-structured, 97-minute documentary that he termed an “actuality drama”—he focused on moments when the emotional particularities of the couple’s relationship could cut through documentary artifice and camera-compounded theatricality. His edit reveals two people who are deeply alienated from one another, both of whom are hemmed in by an institution they’ve entered into out of normativized obligation. Every fleeting instance of tranquility proves breakable; during a weekend trip to Maine, the family isn’t even out of bed when a bucolic morning spirals into an edgy back-and-forth about whose choice it was to put the mattress in front of the fireplace. Their three-year-old Bogart and dog Merton look on—it’s almost too incredible when Bogart interrupts one of his parents’ squabbles to announce that there is literal shit on the living room floor—and the couple’s dysfunction escalates towards one disturbingly physical incident. Time’s reviewer (whose name may, unfortunately and fittingly, be lost to time) declared that A Married Couple “makes Cassavetes’s Faces look like early Doris Day”...so keep in mind, Faces plays afterwards at 8:30.