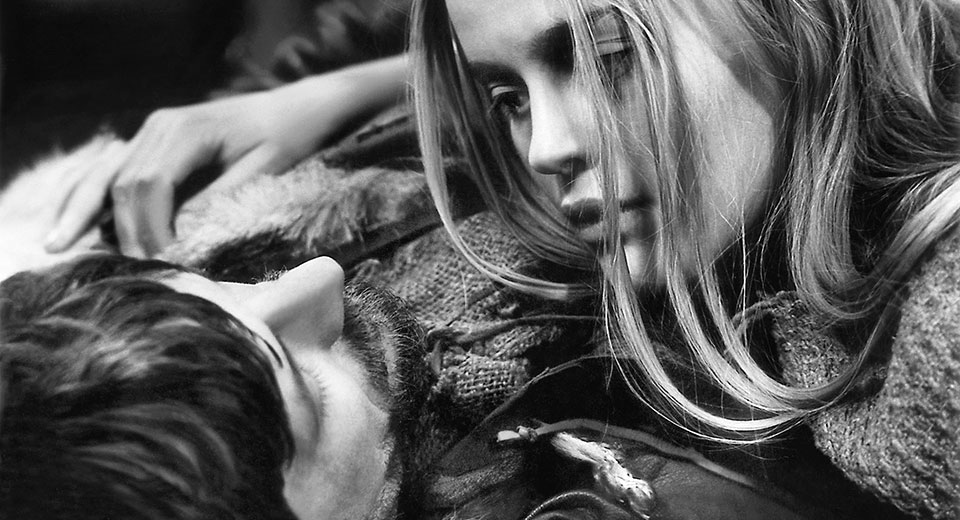 Marketa Lazarová  (1967) is a film of searing contrasts: innocence and cruelty, virgin and seductress, God and stag-god. Shot on blindly beautiful black-and-white Cinemascope, director František Vláčil marched his crew into a Bohemian forest for his expensive, uncompromising epic, making everyone "[live] like animals, lacking food, and dressed in rags," only to emerge two years later with what is still considered to be one of the greatest Czech pictures of all time.

The plot of Marketa Lazarová is famously difficult to follow — based on a 1931 novel by Vladislav Vančura, it is ostensibly "about" warring 13th century Christians and pagans as well as the titular Marketa, who becomes wrapped up in the drama when she is kidnapped on the way to a convent — but if you lose track of the characters or their allegiances, it is truly no matter. The spectacle is enough: Vláčil's careening camera casts midnight dogs against pristine snowscapes, nuns against a blazing sky, fingers against fur. The result is a mad, nightmarish fairy tale, with the viewer amply warned in the prologue that it is "told by chance, at random, for poetry's sake, at the behest of a wandering echo, and because even the most ancient things lie in the web of the present time."

Like most great films, Marketa Lazarová rewards a patient viewer, and above all else, the repeat watcher. But if you have missed BAM's quasi-annual screenings of this Czech masterpiece, you will have a chance to amend it today at the Quad's heatstroke-quenching "Cool Movies" series. Even without the blessed billows of air conditioning relieving you from New York day in July, Marketa Lazarová would be rapturously transporting.