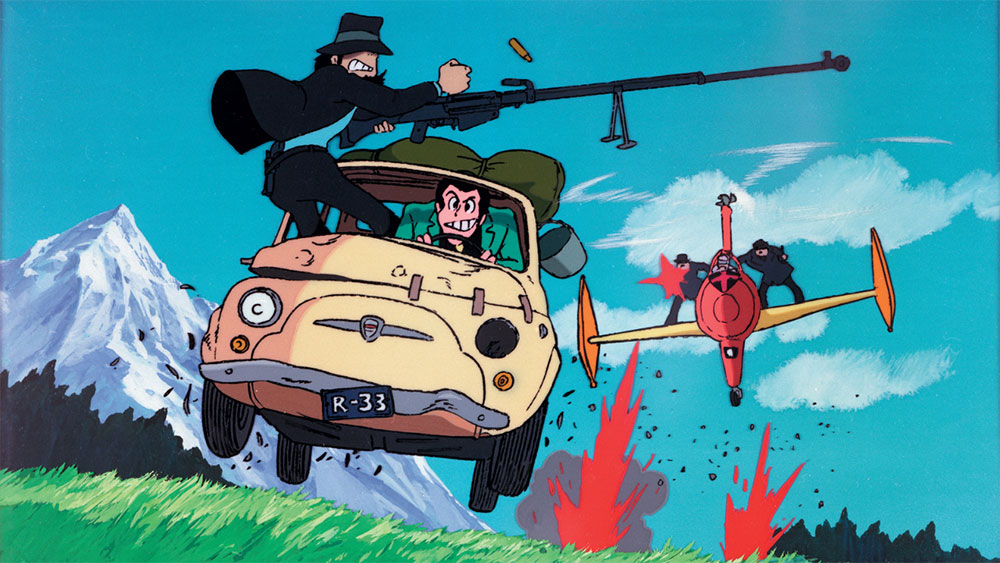 Hayao Miyazaki has been elevated to a position above critical reproach, thanks, in part, to IFC’s ceaseless championing of the Studio Ghibli magus and the Academy’s 2003 nod to what remains his most lauded work, Spirited Away. Those who have had the privilege of attending one of IFC’s many Studio Ghibli retrospectives will be familiar with Miyazaki’s early films Nausicaä of the Valley of the Wind (1984), Castle in the Sky (1986), and My Neighbor Totoro (1988), but, as his first first feature was a TMS Entertainment production, it has never been included. Now, the IFC Center is filling this gap with its run of the new 4K restoration of Lupin the 3rd: The Castle of Cagliostro (1979) in all its gravity-defying, innuendo-laden glory.

Calling Cagliostro a pastiche may be lazy, but it’s undeniably apt. From the first vibraphone strokes and Krautrocky synth textures of Yûji Ôno’s almost painfully postmodern score, we know we’re in a world of eclectic references. Lupin and his sidekick Jigen chainsmoke and wear slim-cut suits and tie clips, transposing the Belle Époque narrative of gentleman thief Arsène Lupin to a sleazy 1970s register, incorporating elements of Roger Moore-era Bond and Angela and Luciana Giussani’s giallo comic Diabolik. Although comic book artist Monkey Punch’s (birth name Kazuhiko Katō) original Lupin III manga and many of its later adaptations — from Legend of the Gold of Babylon (1985) to Goemon’s Blood Spray (2017) — are more explicitly smutty, Cagliostro has its share of gore and cleavage, setting it apart from Miyazaki’s family fare and his more emphatically feminist narratives.

One thing that Cagliostro does well is portray the utter perversity of the nobility in all its garish campiness. The film’s villain, the Count of the tiny Mediterranean principality of Cagliostro, is an anatomically incongruous man with thin wrists and a barrel chest, his odd physique suggesting generations of aristocratic inbreeding. His castle — with its dungeons containing the remains of centuries of dispatched enemies and its gilded parlors hung with renaissance history paintings — recalls Salò, or the 120 Days of Sodom (1975), while the occult costumes of the Count’s wedding — the black robes and peaked hoods, the goat-shaped golden masks — are straight out of Eyes Wide Shut (1999).

“We can deal with people like Lupin without you Orientals,” says the Count’s top gendarme, Gustav. Much of Cagliostro’s humor derives from the way it plays with ethnic stereotypes. Lupin’s nemesis, Interpol’s Inspector Zenigata, is one of the only “Japanese” characters, while the Cagliostro clan descends from “the ancient blood of the Goths” and the Interpol top brass consists of broad caricatures of French, Germans, Americans, and Russians. Take this ethnic drag with a grain of historical hindsight and remember that its objects of ridicule are the white avatars of Western imperialism.

Lupin the 3rd: The Castle of Cagliostro is currently showing at IFC Center. Morning and afternoon screenings feature the English dub, and showtimes after 7:00 pm are of the Japanese-language version with English subtitles. 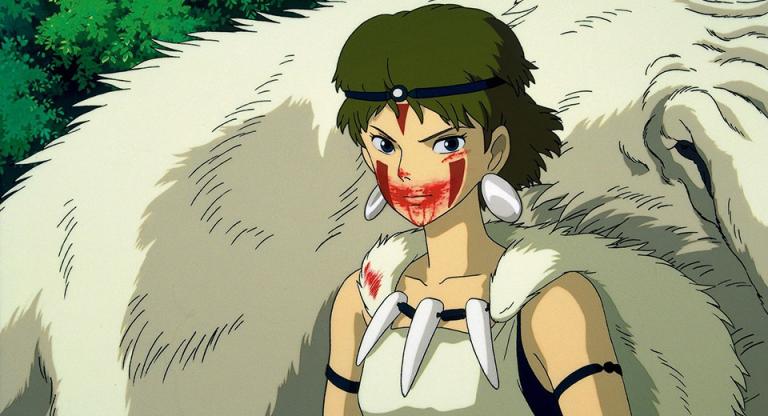 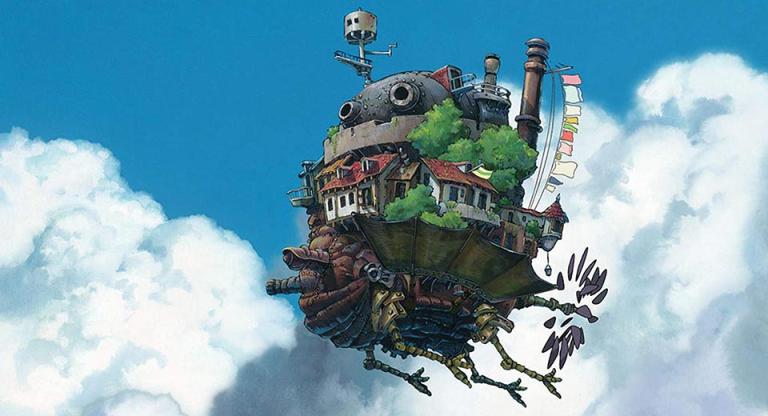 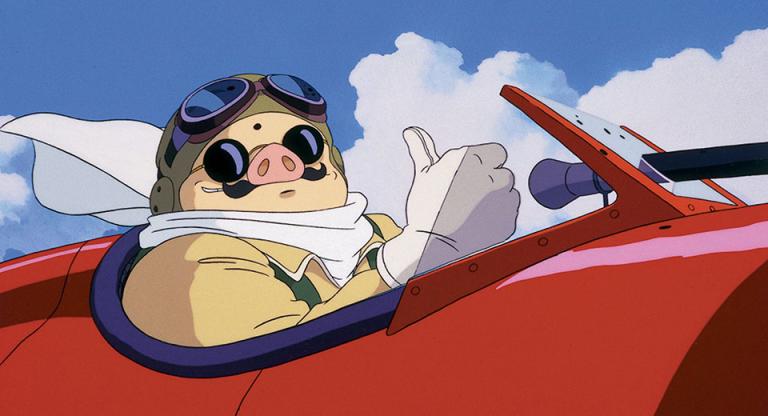