Love Affair, Or The Case Of The Missing Switchboard Operator 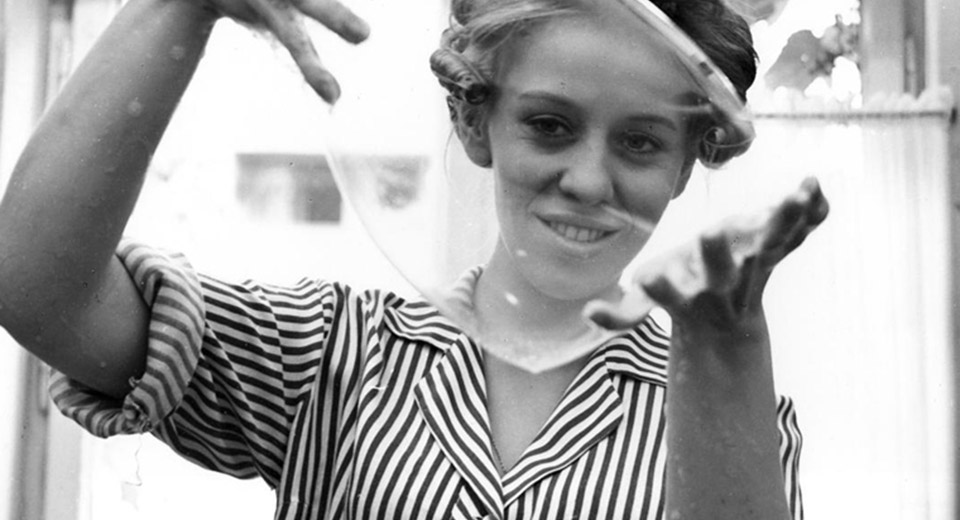 Along the continuum of Dušan Makavejev’s singular filmography, with one pole occupied by the feces-encrusted Sweet Movie (1974) and the other by the acid-sweet satire The Coca-Cola Kid (1985), his second feature, 1967’s Love Affair, or the Case of the Missing Switchboard Operator rests comfortably in the middle. It’s a whimsical love story featuring direct-address sex-ed lessons, archival propaganda and unsparing depictions of murder investigation. It offers sexuality as the path of meaning while acknowledging its potential for cruelty and ugliness. All of Makavejev’s filmspose the question only glibly addressed by political filmmakers of all stripes: what does freedom look like for a beast stuffed full of desire and thrust into competing systems of control?

Izabela is indeed a switchboard operator, a single Hungarian woman with a healthy lack of inhibition concerning sex. When not avoiding the paws of a creepy telegram delivery boy at her job, she’s romanced by Ahmed, a rodent-specialist with the sanitation department. After their first night together, Makavejev cuts to her lifeless body as authorities fish it out of a sewer. For the rest of the film he intercuts the authorities examining her corpse and her lovely courtship with Ahmed, who we assume against hope is the culprit. Her story is tragic, but Makavejev doesn’t play it as a cautionary tale. For better or worse, her tragic demise is paradoxically insignificant and apocalyptic, another unstable grapple between the personal and the political.

In Makavejev’s promiscuous style, the noirish conceit is but one thread to pull in the tangle of politics and sexuality. He weaves together an impressive array of styles and archival materials, juggling tones in a fashion decades ahead of its time. There’s a channel-surfing or cyberpunk vibe to his cycling through gratifications and horrors at a fast clip. His project is a taunt to a society deeply afraid of the body, and a dare to Yugoslavia’s reticent censors. Makavejev’s sprint toward liberation assumed that art’s role was to provoke tumult, not pose answers. His distaste for orthodoxy embodied the best of youth in its unilateral defiance.To paraphrase Burroughs, Makavejev always saw squares on both sides.