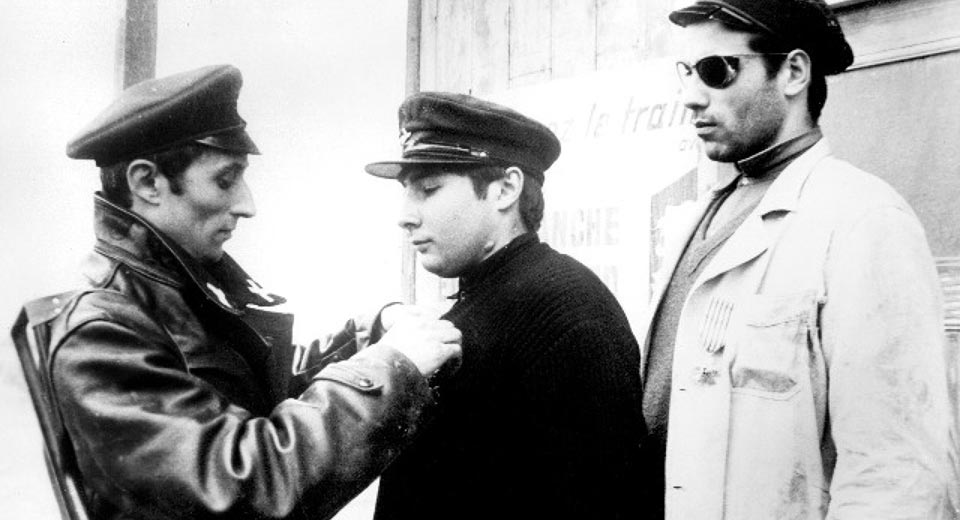 A representative of an unnamed king promises all of this to a pair of bumpkins early in Jean-Luc Godard’s Les Carabiniers (1963), an anti-war screed with the unfortunate distinction of being the early JLG feature least likely to make an appearance on an Intro to Cinema syllabus. Ulysses and Michelangelo are more than happy to accept the king’s request for “help” in defeating the enemy and repossessing all that’s his. Thus begins the funniest and most wounding of Godard’s early ‘60s films.

After signing up, Ulysses and Michelangelo travel the world murdering and sexually humiliating peasants while asking “what do you have?” Godard incorporates stock footage and sound effects into their campaign, reducing combat to recycled media little different from the pinups the recruiters used to entice the pair to the frontlines. No film so effectively skewers the cupidity shared by soldiers, their betters and the policymakers pulling the strings. Godard’s film feels refreshing in an age where the only thing the mainstream American left and right agree on is the elevation of troops above all reproach. Godard said in 1963 what today all but the most staunch opponents of American militarism refuse to acknowledge: war is conquest, war is colonial, war is vindictive and hateful, and most crucially, war is a series of images.