The Legend of the Stardust Brothers 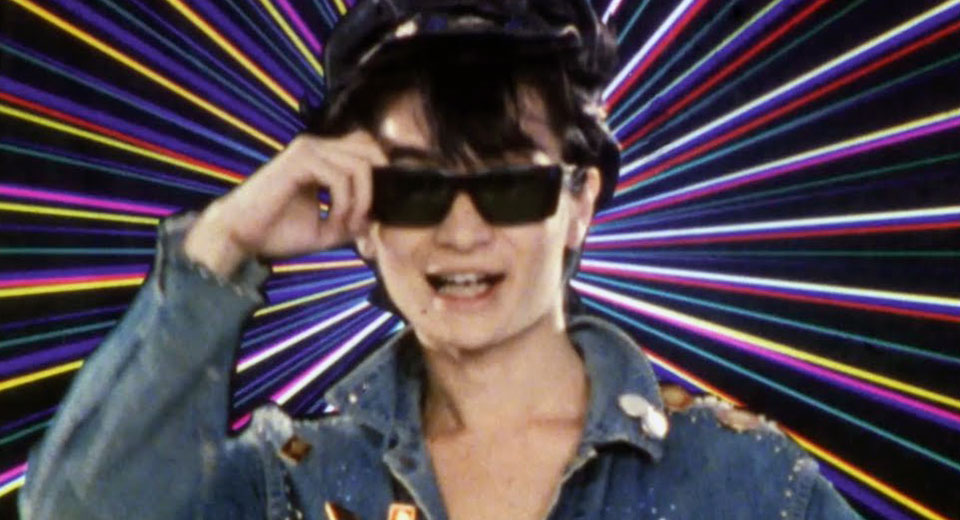 Audiences and critics neglected would-be wunderkind Macoto Tezka’s 1985 debut, The Legend of the Stardust Brothers, a cosmic injustice rectified only this past year with a festival-touring director’s cut and home video release. Tezka (born Tezuka, son of manga deity Osamu) was a 22-year-old film student with a few shorts to his credit when he adapted composer and TV presenter Haruo Chicada’s parodic concept album for the screen as a musical extravaganza. The result short-circuited a career in feature films for over a decade, but the world seems finally ready for this visionary blend of music video grammar, acid satire and riotous sight gags.

Thrown together by a comically ominous record industry bigwig who promises to “make them stars within a week,” suave punk Kan and square crooner Shingo indeed become teen sensations as The Stardust Brothers before succumbing to the usual pitfalls of pop stardom: drugs, solo careers and obsolescence. When not running from hordes of screaming fans, they untangle industry machinations and uncover their bizarre shared history. They also contemplate the price of swapping impoverished artistic integrity for sparkling jumpsuits and universal adoration. Catchy, genre-hopping tunes hurl us and the pair from one montage of misadventure to another while Tezka ingeniously adopts the pantomimic storytelling of the then-nascent music video form, retelling the familiar showbiz arc with broad physical gestures and garish design. He wraps the smirking sweetness of A Hard Day’s Night in new wave excess, studded with pop ephemera from robots and zombies to Bowie and Hitler lookalikes.

Throughout, Tezka celebrates the euphoric and anarchic potential of pop music while sneering at the spectacle’s vapid plutomania. Punk’s defiance, glam’s queerness, and pop’s innocent sexuality agnostically share the stage as vital forces transcending a shared corporate pedigree. Tezka’s extraordinary film keeps an eye on the sinister suits pulling the strings while showcasing the beauty of youth in thrall to life-affirming music.