The Legend of Boggy Creek 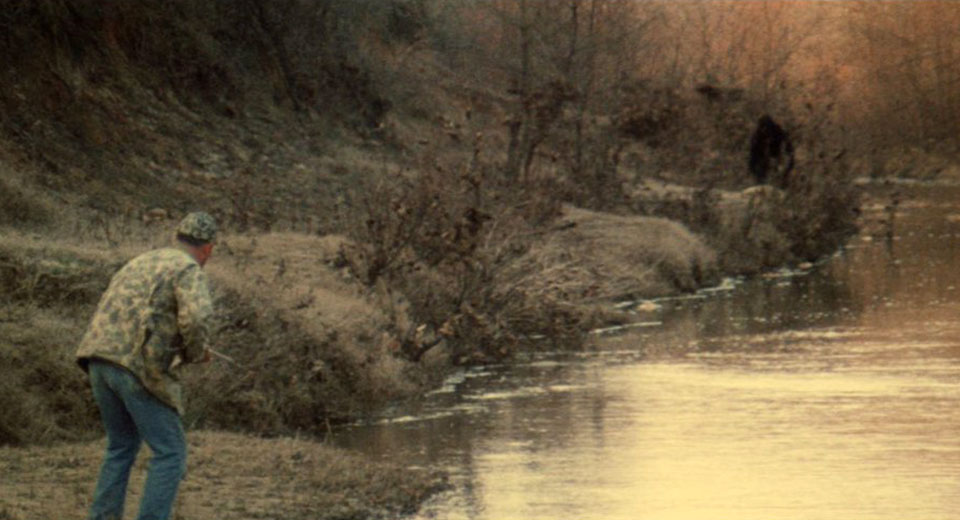 As early as the mid-19th century, the people of Fouke, Arkansas, a rural community not far from Texarkana (pop. "about 350"), noted sightings of a Sasquatch-like biped whose cries could be heard echoing from the wilderness surrounding Boggy Creek, and who was said to slaughter dogs and steal pigs from nearby farms. The early 1970s saw a sudden uptick in recorded encounters, culminating in an attack on the home of Bobby and Elizabeth Ford, in which the creature is said to have grabbed at Ms. Ford by breaking through a window above her sleeping head and, after being frightened away by Mr. Ford, left behind three-toed footprints which baffled wildlife experts (and later provided hoax-fodder for skeptics). Charles B. Pierce, a local adman, public television actor, and set decorator was inspired by the tales of the "Fouke Monster" to make his first feature-length film, a documentary: The Legend of Boggy Creek.

So began the career of a true pioneer of regional filmmaking, whose use of a single 35mm camera and local high school students to record amateur actors (in some cases, the actual witnesses themselves) describing and reenacting their recollected brushes with the dreature served as an inspiration for similarly independent and horror filmmakers for decades. And it’s easy to see why: the low-fi aesthetics and naive performances, organized by the folksy, often poetic narration from a local recalling his Sasquatch-filled childhood and interspersed with factoids and direct-to-camera addresses, all combine to give the film a rather powerful truth effect. The creature itself is always shown hesitating at an obstructed distance, like an untethered shadow come to tentative life, whose believability, like that of any legend, increases in tandem with its invisibility. But it’s Pierce's treatment of the landscape that elevates The Legend of Boggy Creek beyond low-budget curio.

Constantly pausing to take in a brilliant sunset or a flat, corn-edged horizon, the film builds an atmosphere of ominous emptiness throughout, as though an open field is always only the prelude to horror. As overalled locals point to now-untouched, seemingly vacant swamp waters and recall discovering gory remains, and the camera lingers over a young man's lonely canoe trip and an abandoned, nearly collapsed barn, the film captures the haunted quality of rural America, "regional horror" in another sense. Taken in tandem with his perhaps more famous (though less critically lauded) 1976 feature The Town That Dreaded Sundown and 1979's The Evictors (starring Jessica Harper), Pierce's "trilogy of terror" is a powerful addition to a melancholy-spooky farmland topography shared by representations of the Clutter Family murders, Wisconsin Death Trip, and the Gein homestead, among others. The Legend of Boggy Creek screens in a brand new, much-needed, and apparently beautiful restoration.