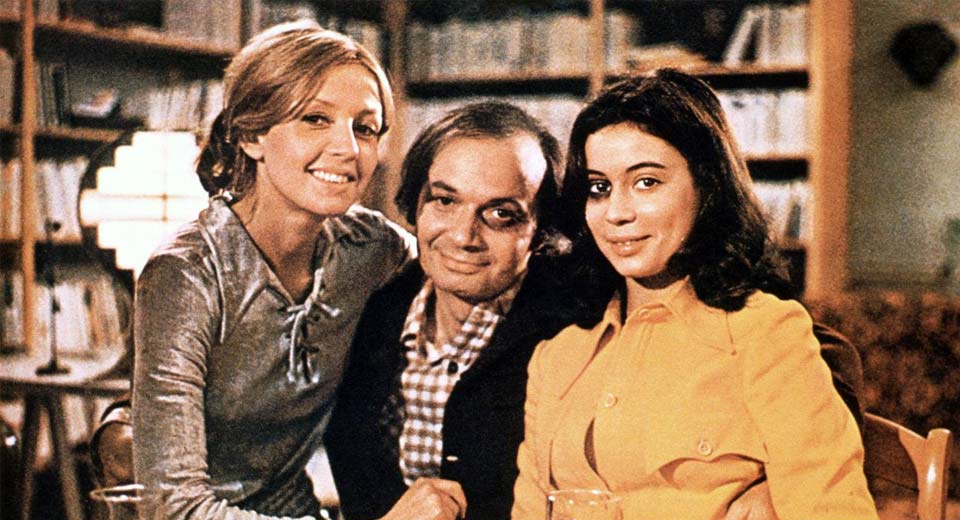 Anxious glances and reluctant pillow talk in director-writer-star Claude Berri’s Le Sex Shop might seem out of place to an audience raised on Last Tango in Paris or Immoral Tales, but Berri’s raison d’etre here is a simple, sweet lesson: bourgeois morality is as potent as it is pervasive. How else to account for the bashful mien of Berri’s protagonist as he transitions, clumsily, from humble Parisian book-seller to aprés-’68 smut-peddler? Wife Isabelle (Juliet Berto) has been “educated out of use,” but maintains a taste for the trop cher. Adding to Claude’s troubles are two quickly growing children, a pricey mortgage in la Capitale, and the possibility of retiring at 100 (unheard of in la République, where I’m told the real age is closer to 45).

When an old friend in the skin trade breezes back into his life, Claude bites his tongue and decides to cash in on this so-called “sexual revolution,” all the while trying – and failing – to keep business and pleasure in their respective corners. Claude’s wary toe, dipped into the bottomless pool of human freakiness, has reeled in something arousing and strange. Despite his balding pate and soft demeanor, it is the ensuing struggle between Respectable Citizen and Curious, Insecure Aging Man that provides much of the comic frosting on a snacky little film.

“As far as I’m concerned, everyone’s got a right to do what he wants,” huffs a vendor, after Claude takes one-too-many digs at the clientele. This shrugging cri de coeur, utterly Gallic in its insouciance, is delivered not before a crumbling bastille or on the Molotov-littered steps of the Sorbonne, but in the showroom of a leather workshop that specializes in, shall we say, “unconventional” accessories. Such a uniquely French sentiment – redolent of Voltaire’s famed, apocryphal line about “defending one’s right to say [insert something wretched here]” – could just as easily have been minted on a Franc or chiseled into a courthouse. But for a people whose national identity is built on “Liberté, Egalité, et Fraternité,” Berri’s film shows us another side of this coin, proving that sometimes his countrymen can be damn-near American in matters of the boudoir.