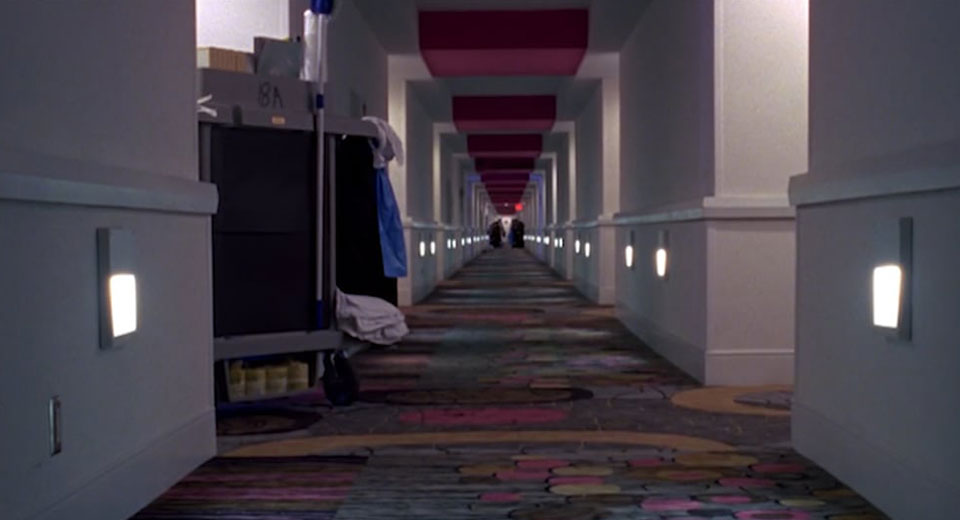 Where God intended a modest oasis, white Americans piped in enough water to build a stage upon which they could perform their shamelessness in exchange for sacrificial fortunes. The desperation of Las Vegas and its visitors has never been better documented than in Argentine filmmaker Luciano Piazza's horrifying film Las Vegas in 16 Parts (2015), showing tonight at Anthology Film Archives as part of their "City Symphony" series. Piazza's brute-force document wades through the depths of fear and loathing by systematically presenting sin city's prized offerings.

Less a symphony than a drone, Piazza organizes the film into 16 discrete chapters, each centered on a Vegas fixture such as Elvis, billboards or guns. Within each part, similar shots are offered in sequence, such as a procession of various couples marrying in cheap chapels, karaoke singers sweating out a good time and a trade show's shiny metal wares. The single-take snippets are offered without commentary, and only a few make more than one appearance, so that by the end of its 53 minutes Las Vegas in 16 Parts has, with little intervention or no commentary, accumulated a damning profile of the place in which all the worst aspects of American life are packaged and sold as participatory spectacle. Case in point: a male stripper dressed as a police officer instructs an audience member to "assume the position" (bent over, feet apart) for a "full cavity search" while a screen projects Nightly News footage of local cops making arrests. The horror.

The most haunting image, an impressive designation in a film that includes nuclear test footage, features the Bellagio resort's famed water show. As ominous music groans on the soundtrack, over 1,000 nozzles spurt giant fingers of water upward like evil prayers, coalescing into a gray wall that obscures concave architectural monstrosity behind it. Against the void a bird appears, furiously beating its wings to escape the inverted deluge. The metaphorical possibilities are endless, but the sheer enormity of the display and its abuse of scarce resources require no elaboration.