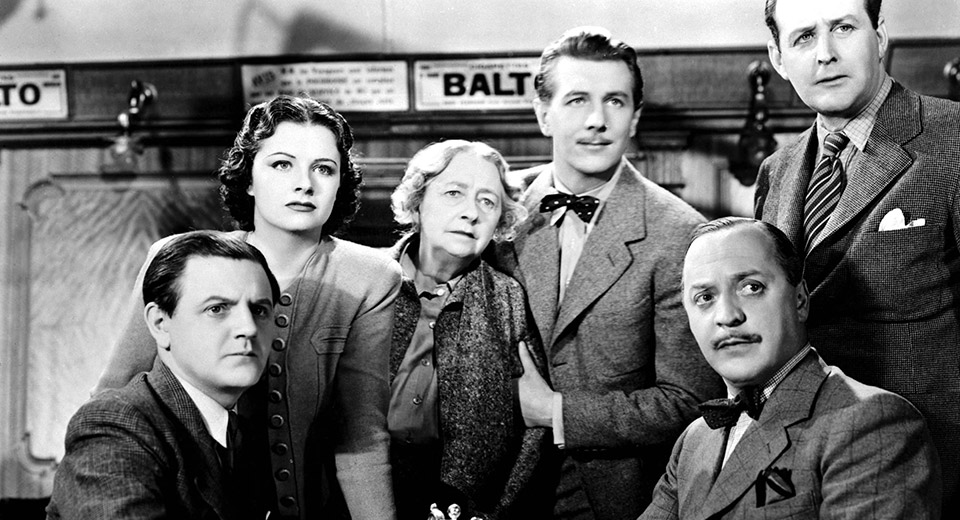 Part Casablanca-style international adventure set in a world on the brink of war, part Agatha Christie-like murder-mystery chamber-piece, The Lady Vanishes is perhaps the closest thing the master ever got to a message movie. It combines the rollicking adventure of Hitch’s chase movie spectaculars like North By Northwest with the Freudian intrigue of films like Vertigo and Spellbound while throwing in an impassioned call to action aimed at a timid Britain waving on the brink of war.

When a convivial english governess, Mrs. Froy (May Whitty), suddenly vanishes aboard an express train bound for London, Iris (Margeret Lockwood) seems to be not just the only person to notice, but also the only one to have seen her in the first place. The dopey Italian magician and the Eastern-European widow sharing Iris and Mrs. Froy’s coach claim complete ignorance while passing German psychoanalyst Dr. Hartz (Paul Lukas) is quick to diagnose Iris as suffering from hallucinations. Adept as ever at mining the inherent queasiness and alarm of being stuck amidst crowds of strangers in constantly moving modern spaces, Hithcock portrays Iris’s fellow passengers as dangerously ambiguous — simultaneously innocuous and sinister in their foreign mannerisms and customs. Much clearer in their characterizations, the other English citizens aboard the train are all charming dolts too concerned about making it home in time for the cricket match or not mussing up their professional lives to intervene in even the most minor way against a murder plot.

The rare Hitchcock film to take its time setting the story in motion, the film’s first third is a sly comedy of manners dedicated to lampooning British cluelessness in the face of continental customs and liberal sexuality. Stuck in a hotel during an avalanche the characters are first introduced awkwardly avoiding the flirtatious maid and condescendingly dismissing the accented english of the concierge. In a post-Brexit Britain once more focused on choosing isolation as its dominant policy, the film’s diagnosis of British elitism and cowardice has barely aged a day. “They can’t do anything to us, we’re British subjects!” one character yells towards the end of the film moments before getting shot — a distant echo of today’s pro-leavers claim to British infallibility.