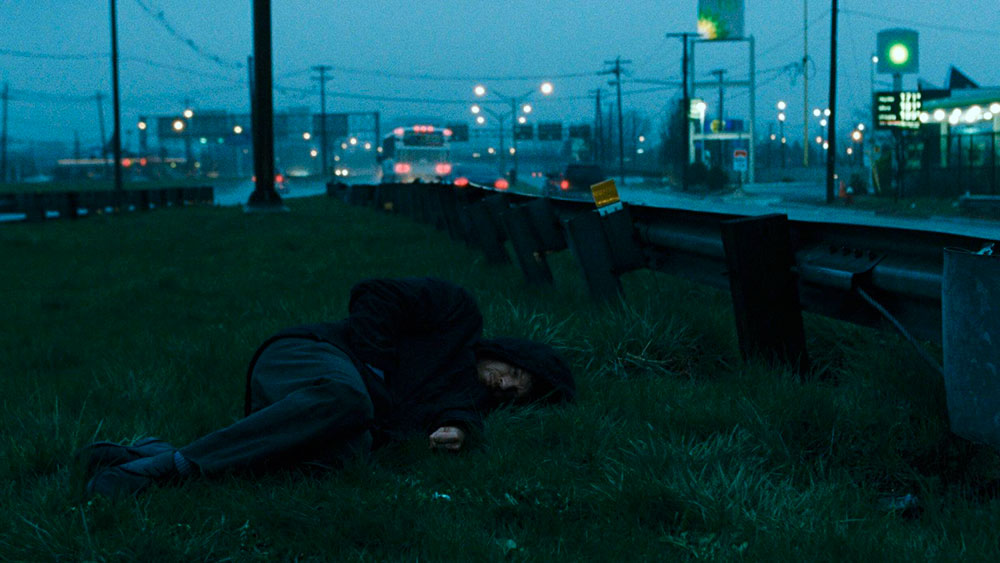 From the moment we meet him, he’s desperate. “I bought some tickets from you. Last September,” he’s saying. “On the 12th. Clifton. I was with my daughter. She was abducted downstairs on the lower level.” He hands over a ragged half-page of the Times, the headline—“Girl, 6, Disappears from Port Authority”—beside a photo we can’t quite make out. There’s no telling how long ago last September 12th was for this man, but long enough that his cause seems already lost. “She was six at the time,” he tries. The guy behind the window can’t help, or won’t, nor will any of the hurrying commuters our man later accosts. Maybe they’re just not ready to believe him. Maybe neither are we.

It’s not easy being Keane. As the frontman of Lodge Kerrigan’s 2004 feature, a stealth more-than-meets-the-eye thriller and character study reduced to its starkest essentials, Damian Lewis goes deep inside a tightening spiral of personal despair. He is a man displaced, impaired, yet strangely in his element, lurking with private urgency at the bus terminal, grieving and/or getting his story straight. We see Keane muttering narration to himself, patching the holes in his own backstory with paranoid epiphanies or rash fits of self-medication. We feel for him, and against him. “You have to be presentable when you get her back,” he tells his reflection in a store dressing room, pitiably. Then when he encounters a conditionally available woman (Amy Ryan) whose little girl (Abigail Breslin) is about his daughter’s age, we can’t help but wonder, and worry.

Reportedly Kerrigan wrote and rehearsed Keane on location, first by acting out some ideas himself, then gathering more from the actors and director of photography John Foster. Production was organized to move swiftly within these uncontrolled public spaces, achieving the propulsive handheld urban-vérité style now familiar from the Dardennes or the Safdies, with the result of nearly every scene transpiring in a single shot. Sensible colleagues tried to dissuade Kerrigan from this approach, but Steven Soderbergh, the film’s producer, was all about it, and evidently so was the cast and crew. What makes this parade of one-take moments so exhilarating is how intuitively the actors time their interactions when the camera moves between them. That careful choreography of alertness seems all the more affecting now, in our era of attention as an inflated currency, and Keane endures not only for its craft but for asking, sincerely, what it costs us to consider one man’s private emergency as a public responsibility.

Keane opens today, August 19, in a new digital restoration at Film at Lincoln Center. Director Lodge Kerrigan and star Damian Lewis will be in attendance for a Q&A tomorrow, August 20, after the 6:30pm screening.