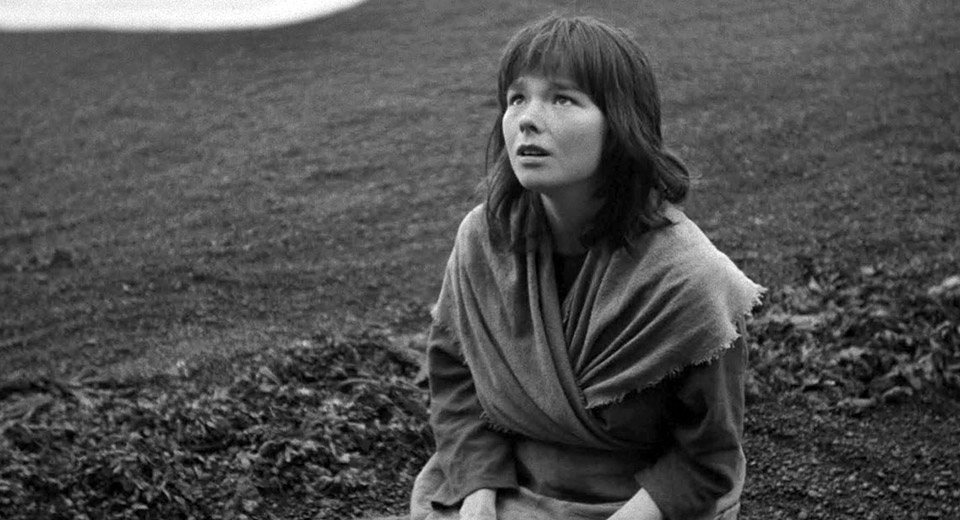 Every woman ought to know that fairy tales are not to be trusted—especially not those (re)written by The Brothers Grimm. Thankfully, Nietzchka Keene's The Juniper Tree returns this tale to its rightful place: as told from a woman's perspective, as too often, they are not. Anyone who has read Clarissa Pinkola Estés' groundbreaking Women Who Run With The Wolves will welcome this feminist interpretation of what (in the Grimms' hands) is actually an incredibly misogynist, violent, cautionary tale against brave little girls who dare disobey. And anyone who hasn't yet, should—especially the many critics attempting to analyze and canonize Keene's film in relation to the works of her more familiar male peers (eg. Bergman, Tarkovsky, or Vláčil) whose films bear only aesthetic resemblance to what is otherwise a truly original modern gothic masterpiece. It seems appropriate that this film should re-emerge now, after so many years of being unappreciated or misunderstood, lost in the shadows of the zeitgeist. The Juniper Tree, like the rapturous and recently re-released work of Hilma af Klint, was—alas—ahead its time.

I'll admit, as with likely most viewers, it was the prospect of seeing Bjork in her on-screen debut that caught my attention. Bjork plays Margit, a young woman, who, along with her older sister, Katla (Bryndis Petra Bragadóttir) is forced to flee into the wilderness after their mother was accused of witchcraft and killed. Katla encounters a single man living alone in the wild. They fall in love, and the sisters are invited to move in—with him and his young son, the product of a prior marriage. The boy immediately resents Katla, fearing that his new step-mother will replace his own, now long dead and buried under the juniper tree. However, he grows to trust and befriend Margit, who meanwhile struggles to control and interpret her own ecstatic visions—for fear that she, like her mother, may be accused of witchcraft. The boy's resentment festers and escalates. He spurns Katla's attempts to connect with and care for him. His father likewise falls prey to doubt and paranoia, now caught between conflicting feelings of loyalty to his son, desire for love, and guilt for his desire. Everybody feels threatened—everyone except Margit, the only one able to see through all the reactionary behavior to the truth of the matter. This guilelessness, however, gets her into trouble. And therein lies the true moral of the story, ladies: Beware your own ability to think and see clearly, when those around you cannot.

Beyond the pleasures of watching a young, "undiscovered" Bjork perform, the film has so much more to offer in the way of story, cinematography, and—my god—the sound! The sensual and evocative images, actions, and landscapes are more than enough to keep you hooked, all the way to the end. Come for the Bjork, yes, but stay for the Keene. I'm embarrassed not to have known her till now. I'll cast as wide a spell as I can: Nietzchka Keene. Nietzchka Keene. Nietzchka Keene.