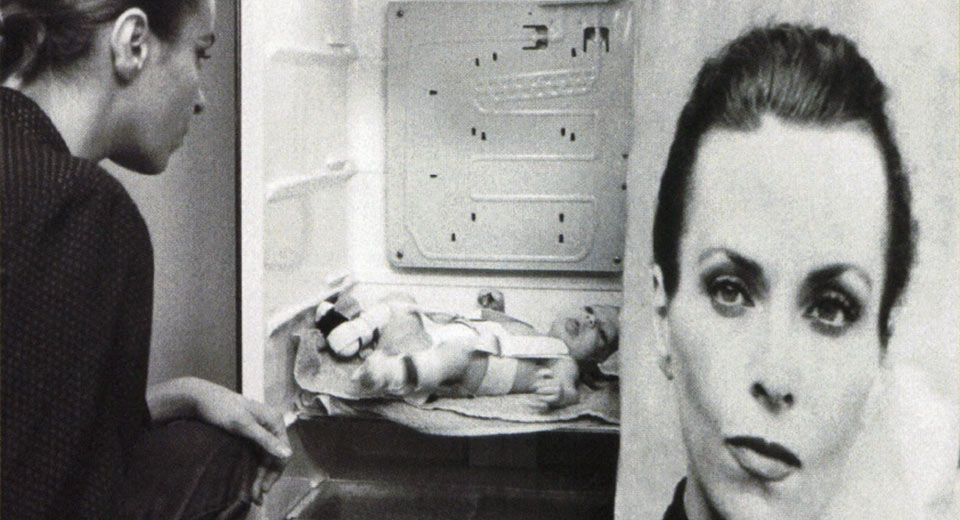 This month Spectacle runs both of Austrian multidisciplinary artist VALIE EXPORT’s feature films: Invisible Adversaries , 1976, and The Practice of Love , 1984. Coincidentally, they screen amid a bit of a moment for the artist: the Hessel Museum at Bard College is currently running a group exhibition themed and titled after Invisible Adversaries, and just last year Tanja Grunert Gallery ran a retrospective installation of many of her performance videos.

It seems that there should be some robust German literary term for the “everything film,” and if so, it would apply to Invisible Adversaries. It’s at least ostensibly a science fiction film about the invasion of “Hyksos,” formless alien entities that infects the minds and increases the aggression of ordinary Austrian citizens, and it centers around a fashion photographer who resolves to capture them. (In the sense that she believes the lens might augment reality to reveal an unseen world, it’s a bit like Austrian avant-garde Pokemon GO.) And yet given the Hollywood-ready plot, everything about Invisible Adversaries is anti-narrative, structured around a series of absolutely brilliant, discrete set pieces that build on previous tapes and performances like “Touch Cinema,” “Body Tape,” “Facing a Family,” and “Asemie”: explorations of femininity, the body, the symbolic, ritual, the family, relationships, sexuality, and technological mediations thereof, including exercises in counter-surveillance. It’s the kind of film where aesthetic feats and intellectual conceits send the mind reeling away from the theater; that could be at least one metaphorical reference for the movie’s bookending tracking shots, in which the camera, fixated initially on a home television news broadcast, spirals up and away, as if riding the wave of an airborne broadcast infection.

Notes for the film frequently cite Amy Taubin’s remark that “It is as if the Godard of Numéro Deux was reincarnated as a woman and decided to make a feminist version of Invasion of the Body Snatchers.” But she also wrote, “Invisible Adversaries is slightly over-long and the last reel loses focus and power, I don't really care.” When EXPORT presented the movie at MoMA in February 2014, I had to sneak into the standing-room-only theater; by the time the 104-minute film was over, there were maybe one or two dozen people left. It doesn’t really do anyone any favors for writers to pretend that the brilliance of such a routinely exhilarating film is pervasive and absolute; but despite the effort needed to trudge through some of the film’s rough patches, you shouldn’t, and won’t, care.