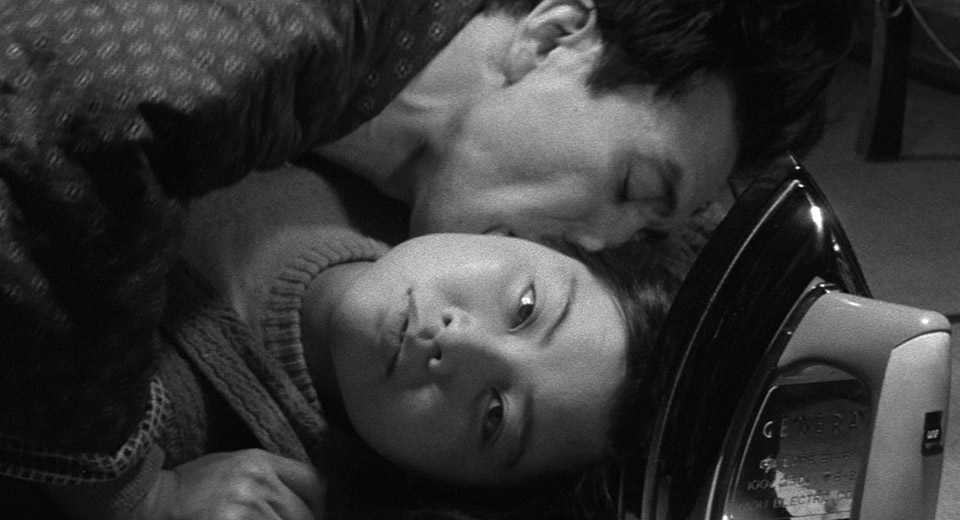 Intentions of Murder opens with the anguished, lonely screech of a passing train—a sound that might do well to serve as an encapsulation of the nearly two and a half hours that follow. But for all its unflinching brutality, this film by Japanese director Shohei Imamura (hand-selected by South Korean director Bong Joon Ho to be shown tonight alongside his own films at Lincoln Center) is well worth attending. With rich, chiaroscuro camera work by the masterful cinematographer Shinsaku Himeda, as well as a spectacular performance by actress Masumi Harukawa, Intentions of Murder is one of the oddest yet most rewarding pieces in Imamura's (Ballad of Narayama; Insect Woman) considerable repertoire.

Sadako (Harukawa) is the pudgy, dull-eyed wife of Riichi (Ko Nishimura), although their union isn't one of mutual desire; the two were common-law married after Sadako, a peasant who'd been serving as Riichi's maid, has a son by her employer. Sadako's lower class means she has no leverage at all in their relationship; even her son, Masaru, isn't legally registered as having her as his mother. But still, life is somewhat tolerable—until a thief breaks in while Sadako is home alone, and rapes her.

Sadako contemplates suicide after the attack, but she loses her opportunity when she dallies to eat and her family returns home. Later, the thief, Hiraoko (Shigeru Tsuyuguchi), returns to rape her again, claiming to be in love her. Sadako finds out she's pregnant and, while traveling to see a doctor out of town, is confronted by Hiraoko—Himeda shoots the scene of the pair waiting on the platform and boarding the train in a dexterous single take, one of many such jaw-dropping compositions in the movie. All the while, Riichi's lover—a rodent-like colleague at the university library—is growing jealous of Sadako, and determined to catch her in an "affair" with Hiraoko.

It is a testament to Harukawa's performance that while we care deeply for Sadako throughout her trials, she is never sensationalized. While her circumstances are pitiful, she retains a kind of horse sense that compels her over and over again to choose survival. Intentions of Murder isn't necessarily an easy movie to watch, but as a result it is, strangely, a hopeful one—and Sadako a heroine you won't soon leave behind.