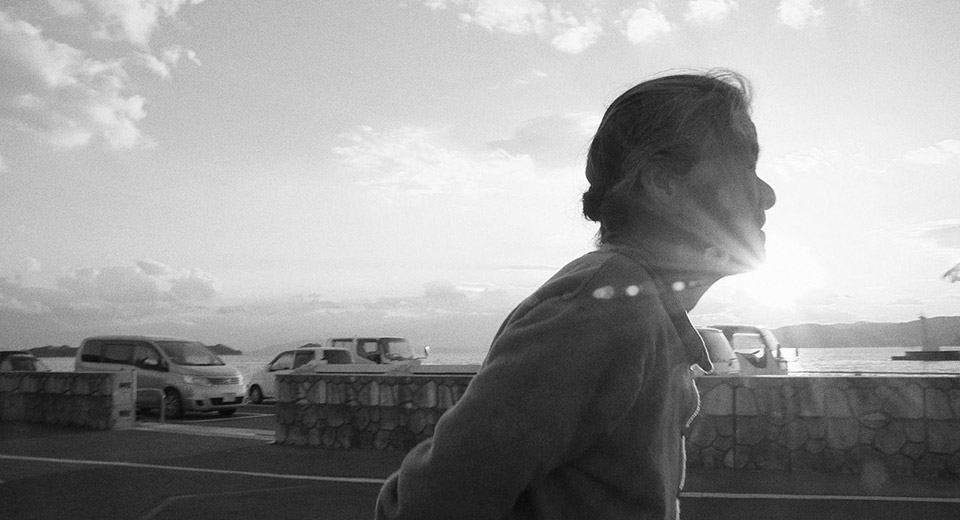 The small Japanese port city of Ushimado lies approximately halfway between Hiroshima and Osaka as the crow flies, and is the charming subject of New York-based director Kazuhiro Soda's Inland Sea. A self-described "observational documentary" that takes obvious cues from Frederick Wiseman's similarly patient style of filmmaking, Inland Sea returns to theaters tonight at Spectacle as part of the venue's annual "Best of Spectacle" series. (It will also show twice more this month, although this evening will be the only opportunity to attend a Q&A with the director and his wife, producer Kiyoko Kashiwagi, who appears several times throughout the film and has familial ties to Ushimado.)

Like much of Japan, Ushimado is aging. While some 7,000 people live in the town, Inland Sea almost exclusively features its octogenarians, who are apt to observe that they feel decades younger than their age might otherwise suggest. At first it seems that the hard-of-hearing fisherman Wan-Chai will be the primary focus of Soda's film, but the director hops from the deck of his fishing boat to a predawn seafood auction and later, to the shop of Mrs. Koda, who, after a bit of embarrassed laughter, allows herself to be accompanied as she makes her rounds delivering everything from rockfish to eels to crabs to the locals, as she has for the past 55 years.

It is Kumiko, the amusingly bossy town gossip, who really steals the show (the documentary is dedicated in her memory; she passed away in 2015, shortly after the footage was shot in 2014). Soda submits to Kumiko's demands to film everything from Ushimado's omnipresent stray cat population to the nearby hospital, a not-so-spectacular feature of the town but one where she spills a heart-wrenching story about her adoption, lack of education, and the removal of her adult son from her home. Unlike Wiseman, Soda is often an active listener; when the documentary winds down, he even includes his lingering goodbyes to his subjects. In another filmmaker's hands, such a move might feel gratuitous; in Inland Sea, rather, it is the final brushstrokes of an intimate and loving portrait.