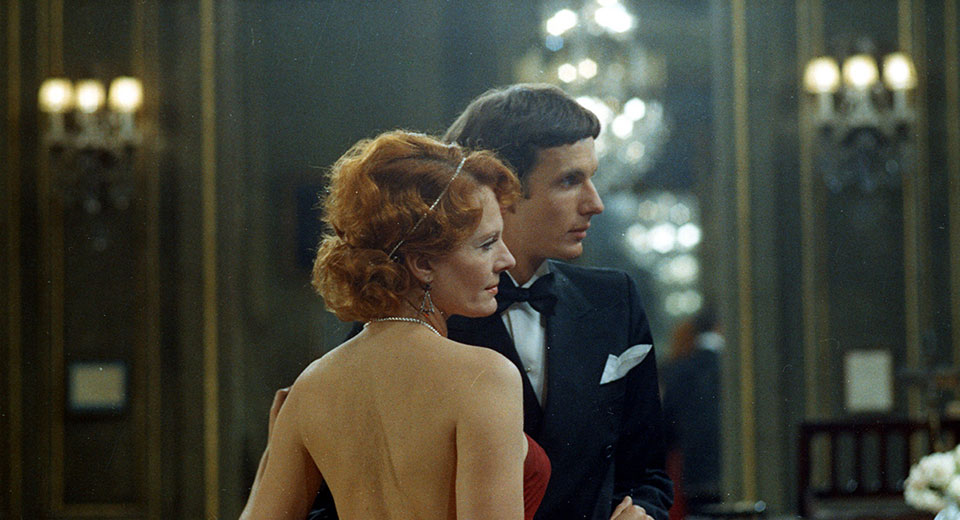 This weekend Metrograph presents rare 35mm screenings of Marguerite Duras’s India Song to mark the occasion of a new translation of Duras/Godard Dialogues to be published by Film Desk Books. The most prolific of all nouveau roman filmmakers, Duras’s career behind the camera has arguably been overshadowed by fellow author Alain Robbe-Grillet’s arthouse provocations and her own Oscar-nominated screenplay for Alain Resnais’s Hiroshima, Mon Amour. Breathlessly haunting, enigmatic, and defiantly discarding narrative conventions, each of Duras’s 15 features remain uniquely stylish and contemporary.

Of them all, India Song may be the greatest. It’s a doomed romantic phantasmagoria set in a decaying French Embassy in a lightly re-imagined colonial India. As mute figures (including Delphine Seyrig and Michael Lonsdale) appear on screen, disembodied voices comment and question one another on the details of an ill-fated polyamorous romance. Duras’s folding of time and space, living and dead, night and day, interior and exterior has variously been compared to an “echo chamber” or a consuming, vampiric form of cinema — “a film consumed by its own narcissism,” as scholar Gill Houghton writes. Molly Haskell has described as “the most feminine film I have ever seen … a rarefied work of lyricism, despair, and passion … imbued with a kind of primitive emotional hunger.”