The House on 92nd Street 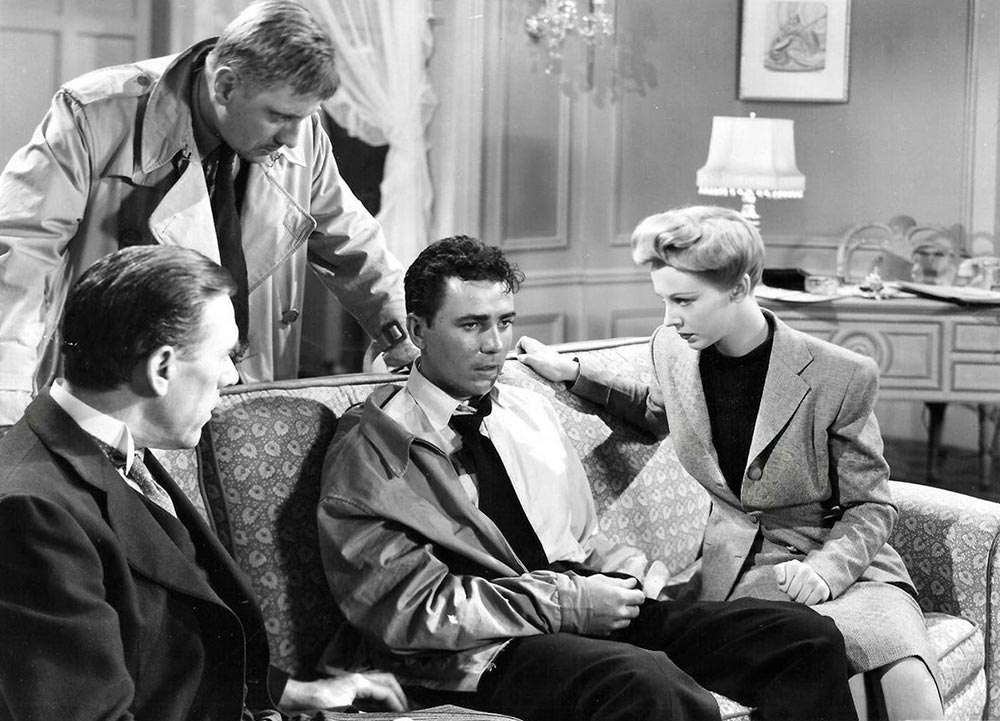 The Marquis Henri Léopold de Fiennes, otherwise known as Henry Hathaway, performed in hundreds of early Hollywood shorts as a child actor and apprenticed under von Sternberg and de Mille in the 1920s before establishing himself as an unfussy studio hand specializing in scenic Westerns. In the mid-1940s, his talent for location shooting drew the attention of Louis De Rochemont, the long-time producer of the “March of Time” newsreel series who was then looking to break into Hollywood. De Rochement had sold Darryl F. Zanuck on the then-novel premise of fact/fiction hybrid films eventually known as “semidocumentaries.” The first of these was the 1945 spy procedural The House on 92nd Street, a fictionalized account of the “Duquesne Spy Ring” embellished with FBI footage taken during the actual investigation. A title card tells us that Hoover and the bureau lent their “complete cooperation” to the production, which careens from potboiler to propaganda, often within the same scene.

The plot concerns a young patriot (William Eythe) infiltrating a conspiracy to smuggle details of weapons project “Process 97” across enemy lines. ("It’s a wonderful gun, I’ve seen it,” beams one of the spies.) Utterly depsychologized, the film establishes a manichean divide between the good guys and the baddies, with a lack of zeal or depth on either side. With no backstories or love interests, the characters hurtle through the plot as functionaries in a great machine, and Hathaway graciously avoids sentimentality. If there’s a hero in the film, it’s the FBI, whose toys and personnel are the subject of fawning, and often problematically thrilling, documentary sequences outlining the cutting edge of forensic science.

The film’s structure leans on the vocal talents of Reed Hadley, whose dry, sonorous boom clarifies the technical aspects of spectrometers and fingerprint filing systems while also explicating plot developments left unmentioned by the characters. The narration acts as adhesive to disparate elements, turning footage into a film and almost single-handedly realizing De Rochemont’s vision. It’s worth noting that Hadley would lend similar authority to semidocumentary procedurals T-Men (1947), He Walked By Night (1948), and Hathaway’s own 13 Rue Madeleine (1946).

The House on 92nd Street remains the intriguing love-child between two absurdly powerful institutions at their mutual peak of public approval. The collaboration has persisted during the intervening decades, but rarely has it been so explicit. (De Rochemont would keep his own dream alive by producing a CIA-funded red scare adaptation of Animal Farm in 1954.) It ends in ambiguous triumph, with actual footage of the Duquesne ring in police custody while Hadley recounts the executions and thousands of years’ worth of prison time that resulted from the bureau’s investigation. Of course we’re meant to be satisfied with justice served, but there’s no escaping the anxiety that the omnipotent crosshairs might eventually find the rest of us as well.