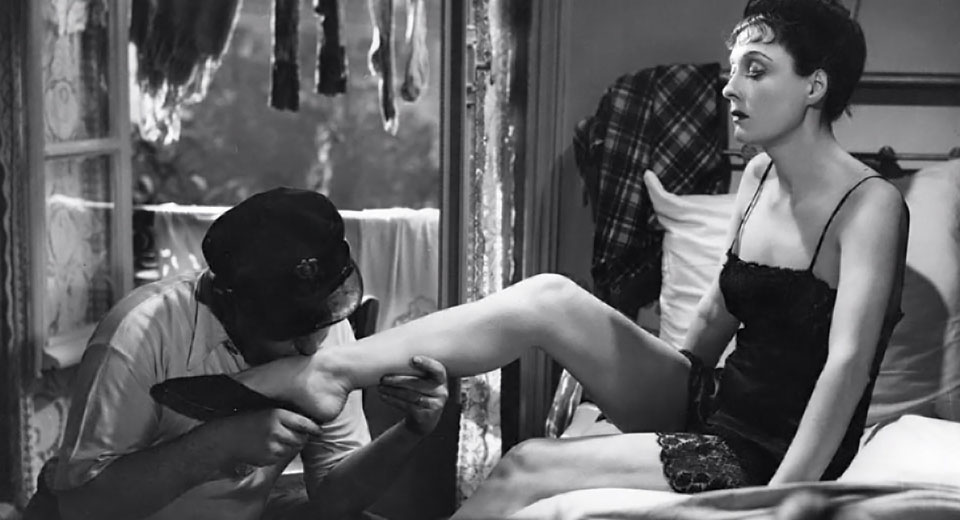 Marcel Carné‘s Hôtel du Nord (1939) is, among other things, a compendium of theories of love. At the heart of it are two couples: Renée and Pierre (Annabella and Jean-Pierre Aumont), and Raymonde and Monsieur Edmund (frequent Carné collaborator Arletty and Louis Jouvet). The former make a suicide pact that Pierre tragically botches, winding up on the lam in the 10th arrondissement and eventually in jail. The latter are a sneering pair of underworld-weary hustlers who barely manage to tolerate one another. Love fails in some forms and is rediscovered in others, but ultimately the narrative circle closes with the young lovers reunited and Edmund dead by his own will.

Renée and Pierre have a strange notion of freedom. Out there, beyond life, “We’ll be free. There’ll be no one there but us.” They’ve tried everything to be able to live together, but the world is against them. Where the film starts—with the pair having already made their decision to die together—is where the doomed couple in Nicholas Ray’s They Live by Night might have ended up if the cops hadn’t gunned him down first. All the forces of the world are aligned to prevent their happiness, and so love demands an ultimate gesture of synchronized sacrifice. There’s an age-old aporia at the center of their decision: life offers them nothing but restriction; their happiness is obstructed at every turn by a web of social and economic forces beyond their power; the chains of their fate are unbreakable. What they conceive of as freedom is the opposite of all this, the total disappearance of all these obstacles. Their love is nihilistic, otherworldly, Buddhistic.

There are also traces of a philosophy of cinema. Renée says, “Life should be like the theater. When the play is over, someone should come tell you, ‘It’s finished, get out.'” (Although she’s talking about a playhouse, she might as well be talking about a movie theater.) Life should be more cinematic—maybe not in the sense of ‘more dramatic’ or ‘more stimulating,’ but in the sense that it should have a coherent narrative form. Maybe there’s a cinematic approach to mortality: just as we know a film must end, we know we must die. It’s not a question of ‘if’ but of ‘how?’ It’s not tragic for a movie to end—it just needs to have a good ending. In an earlier exchange between Renée and Raymonde, ‘cinema’ seems to stand in for diversion in general, or maybe even for one’s sole purpose in life, an obsession that anchors our existence to a routine. Raymonde asks Renée if she’s going to visit Pierre in jail again. Renée says, “No, why?” and Raymonde responds, “It’s Sunday. Everybody needs their cinema” (“A chacun son cinéma“).

In a final meta-cinematic moment, the film ends with an act of blatant self-promotion. Renée and Pierre, reunited, are sitting on a bench by the canal. Renée observes, “The sun is rising” (“Le jour se lève“)—the title of Carné’s next film!