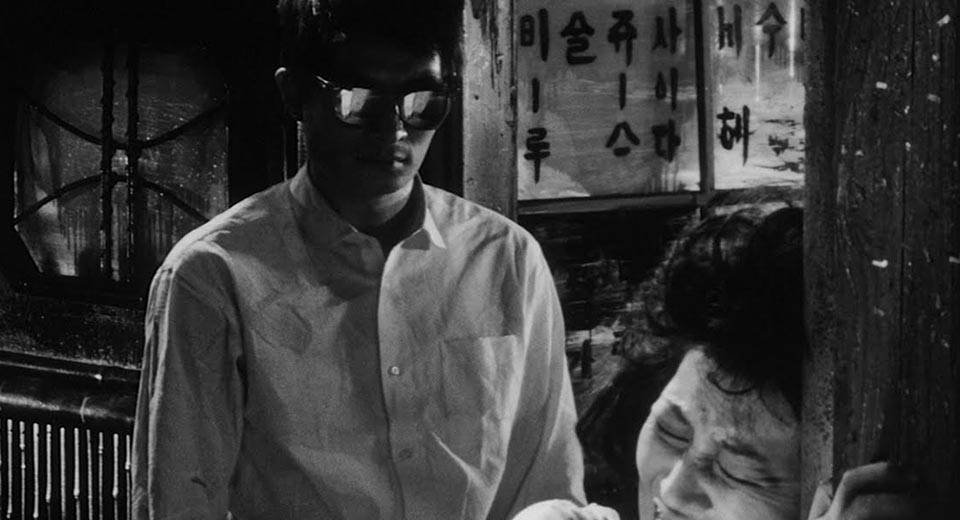 From Toshiro Mifune's first sip of bourbon, Akira Kurosawa's claustrophobic potboiler High and Low exhibits a dazzling gamesmanship, alternately probing and pushing away from its antihero. The film opens on the eve of a corporate coup: fed up with his colleagues (pushover bureaucrats, all), veteran shoemaker Gondo (Mifune) arranges to clandestinely buy over half his company's stock, in order to return quality standards to their pre-WWII highs. But then he receives a phone call; his son has been kidnapped. When the boy materializes a few minutes later, all are relieved — until it's made clear that the kidnappers accidentally took the son of Gondo's valet, a much poorer, weaker man. The ransom is Gondo's entire fortune, not just compromising the stock sale but also the future of the entire firm, and worse, exposing his maneuver. Whereas Gondo was ready to pay his own son's ransom, his barking ambivalence at paying for another man's — however awful the circumstances — throws his character into deep question. The choice is his, but Gondo faces ruin either morally or fiscally.

The first hour takes place entirely in Gondo's villa overlooking Yokohama at the height of summer, the story hinging on tiny strokes — another taut phone call, a new nugget of potential evidence. The filmmaker's mastery of camera sees each of Gondo's ethical contortions reverberating throughout the room like tremors, considerately panning from one character to the next as each line of dialogue lodges itself in the recipient's mind — a spectacular coalescence of theater and cinema. Gondo acquiesces to the kidnapper's terms, but holds out hope that he can somehow get his valet's son back without losing the money. Kurosawa's narrative eventually leaves Gondo's house as he and the police board a speeding bullet train to hand over the cash, a jump in velocity that'll make you nigh-seasick. Sparking

the film's headlong third act in mere minutes, Gondo's ultimate decision aboard the shinkansen is one of the most wrenching moments of acting in Mifune's career.

Whereas the late Donald Richie (who quite literally wrote the book on Kurosawa) cannily approached High And Low as a counterbalancing of thief/cop stereotypes, the film yields multiple interpretations due to the meticulousness of its screenplay and its precise vision of Yokohama. The second hour gives way to an epic procedural (led by an almost comically square Tatsuya Nakadai) which, inverting the film's introductory inertia, disembowels the city along class lines. This affords Kurosawa multiple remarkable set pieces — a police chase at night, a nightclub swarming with furloughed American GIs, a sepulchral heroin den — with an overpowering sense of atmosphere, only looping back around to Gondo as the detectives require. (The film's Japanese title was Heaven and Hell, a fairly literal stacking of its geographic chronology — compressed in Gondo's mansion, loose and drawling as it sprawls out into the Japanese underworld.) The sum total is a true work of art, a feast of cinema as pleasurable to the eye as it is rigorous for the brain. No viewer escapes High And Low un-implicated.