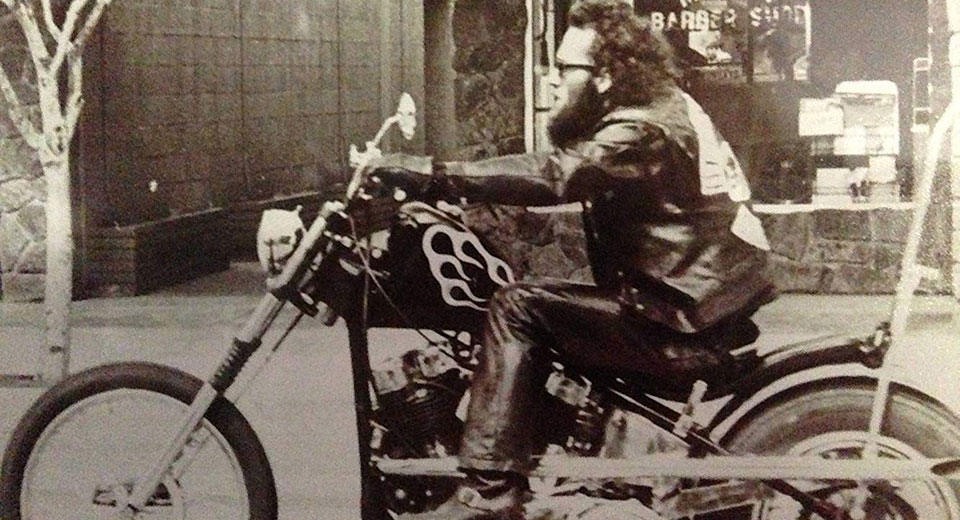 Hell’s Angels '69 is an exploitation film of the "outlaw biker" genre, written by and starring two relatively unknown actors as philandering playboys who decide to rob a Vegas casino for kicks. After "seeing and being seen" at a swinging party in their LA loft, they don phony Boston biker gang gear and put into motion a complicated scheme that involves befriending the Oakland Hell's Angels, using a stolen credit card, borrowing motorbikes for a wild ride through the Reno desert, and more. The wrench in the plan is Betsy, a beautiful biker babe sold to the brothers (share and share alike) for a pack of cigarettes by the Angels' leader, whose teenage-runaway past and stellar eye makeup steal older brother Wes' heart. And there is of course the issue of the Angels, who don't respond well to being used—as brother Chuck puts it, "Be a lot better off gettin' caught by the cops."

The film feels in some ways like a documentary, and not merely because the Hell's Angels are played by themselves—it's full of un-simulated drunkenness, wrestling matches, and gun shots aimed at the vast blue sky. Leader Sonny Barger is the most capable line reader of the bunch; you may recognize his name from a minor acting career or the six books he's published on his life and times (and motorcycle safety), though most likely you’ll recall him from the Maysles' documentary Gimme Shelter, in which he is heard on a radio call-in show comfortably saying, "They told me if I could sit on the edge of the stage so nobody could climb over me, I could drink beer until the show was over." Hell’s Angels ‘69 was released in September, just two months after the runaway New Hollywood success of a similarly nihilistic biker film, Easy Rider, and three months before the depressing events of the Free Altamont concert of December. The presence of the real Angels on screen (and their swastika armbands) does much to bust the mystification surrounding these anti-establishment figures often viewed with awe and reverence by “rebels” like The Rolling Stones—they can't act, they're not sexy, and they clearly don't mind behaving like moronic, retrograde assholes for the camera. After all, they may have been the heroes of the film, which incidentally captures a withering moment at the end of what seemed like a revolutionary time.