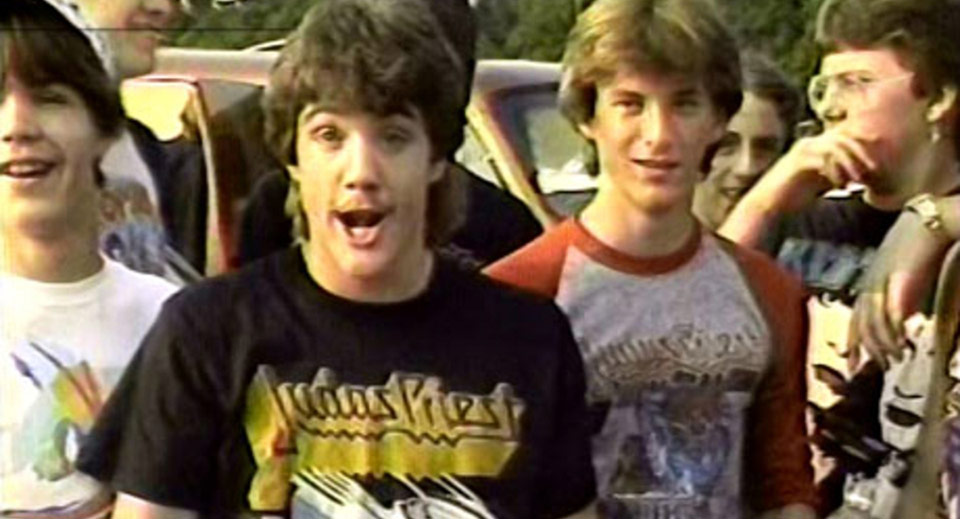 “All that shit rules.”

To the teenager, there is shit that rules and shit that sucks. Subcultures expediently define the tribal boundaries between the two. Compromise and ambiguity sap years from the mental lives of adults, but youth at its best condemns and exults righteously in the present tense. Homo metallus asserts its rule/suck dichotomy more vociferously than the average subculture, perhaps because much of its content is based on the feeling that so many things suck so thoroughly. Pop music, parents, wage-slavery and human nature all suck. Friends, partying and metal all rule. Years of paying bills and voting for Hillary promote ambivalence, a healthy response to a complex world, but a residue of yearning for the safe perch of stark group identity remains.

John Heyn & Jeffrey Krulik’s Heavy Metal Parking Lot (1986) remains special after 30 years, even in a Netflix-wrought climate where the most statistically insignificant subcultures (Bronies, Star Trek fans, Donkey Kong enthusiasts) headline multiple documentaries made on consumer-level equipment. With roots in local access television, Heyn and Krulik had the brilliant idea to take a video camera to the parking lot outside of a Judas Priest concert and see what they could see. There they managed to capture the peacockery of teenage testosterone and supreme camaraderie that forms naturally when getting wasted with friends under the sun. Bands will never sound better and friends will never again feel as vital for survival as they did then. The amount of physical human contact peaks in those years. Witness the groups of shirtless dudes throughout Heavy Metal Parking Lot draping arms over one another, letting the world know in unison how much Judas Priest rules. Mammalian bonding trumps the verbal numbskullery and vacant expressions on copious display. They may come across as idiots to the observer who’s since escaped the fog of adolescence. They most certainly seem like idiots to their punk and goth classmates. And they are idiots, or at the very least they are “acting like idiots”, a mom-phrase separating the impulsive teenager from his poor decisions, recasting the latter as a performance. For the most part they earn the derisive laughter we aim at them — especially when talking about a joint long enough to cross the continental U.S. — but their idiocy isn’t terminal. There is a sweetness to all the buffoonery, especially for the viewer increasingly removed from those years of unbridled fanaticism.