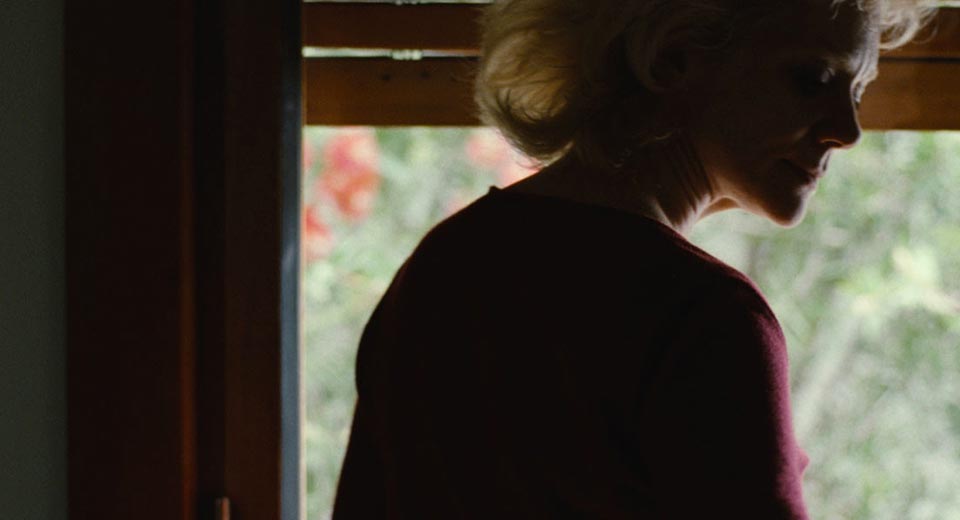 What triggers a spiritual decapitation? About five minutes into Lucrecia Martel’s The Headless Woman, bourgeois and bottle-blond Vero (María Onetto), clad in bloodred, cruises a dirt road until she hits something out of frame. (To say she crashes would be misleading: She’s safe within her crystalline vehicle, touched only by the day’s golden light.) We know this, in part, because Martel gathers unsettling sounds: a cell phone’s ring, for which Vero glances away, first innocuous and then, after the accident, nerve-fraying; the gratingly gleeful pop of “Soleil, Soleil”; a telltale thump and the susurrus of lifted gravel. Vero reacts, mildly, for one minute; she even poises her curved hand on the car’s leather interior, as if intending to open the door. But she drives on, and this choice suffuses and haunts the film.

With four full-length films, Martel has devised a cinema of abundance and disorientation, withholding establishing and point-of-view shots in favor of vertiginous accrual: Her figures (animal, vegetable, mineral; she is one of the great lensers of the first, as Zama’s llama proves) drift into and out of the frame, converging and accumulating into an almost-sickening density. The Headless Woman, her first ‘scope-width picture, teems with her signature divided frames, overlapping dialogue, hazy or rain-drenched images, and sound bridges that blur the identity of the speaker. She is a director whose films you learn to watch. But in The Headless Woman, the first-time viewer’s desire to understand parallels the enervated Vero’s, as she contends with whether she killed a dog or an indigenous boy.

Of course, Vero’s confusion may be a performance, as sure as Onetto’s, plotted to sidestep blame. Something about her curled mouth and probing brown eyes, her silence in the face of others’ questions, renders her inscrutable—perhaps she wishes it so. After the accident, she becomes a passenger, literally and figuratively: Sans car, she’s driven by chauffeurs given voices but not faces, like ghostly conveyors; and she doltishly sits in the waiting room of the dentist’s office she runs. What’s striking is how much of her life can be lived without her participation, with her absolute passivity. As stormwater rushes to flood the sloping gray walls of the canal that entomb the dead boy, the apparatus of Vero’s social class slyly fills her vacancy.