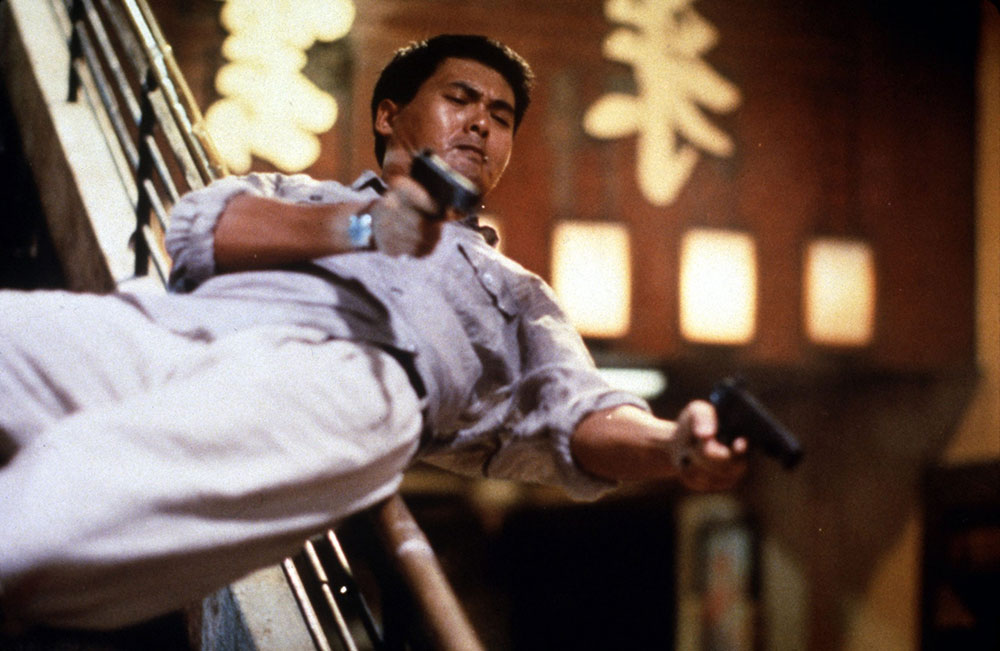 In Hard Boiled (1992), the vicious arms dealer Johnny (Anthony Wong), tells Triad ingenue and undercover cop Alan (Tony Leung), “Either we conquer the world together or you kill me tonight.” In all its fatalistic grandeur, it’s one of the most romantic lines in John Woo’s deeply romantic action masterpiece.

The film, Woo’s last in Hong Kong before leaving for a high-profile career in the US, represents, perhaps, the apotheosis of the “heroic bloodshed” film—a subgenre of Hong Kong action cinema characterized by gut-wrenching melodrama and dazzling gunplay. Hard Boiled, like its predecessors (including Woo’s own A Better Tomorrow [1986], The Killer [1989], and Bullet in the Head [1990]), presents a transcendent vision of violence, loyalty, brotherhood, and the penalty of betrayal, replete with glistening eyes, cigarettes, and an endless flurry of bullets. In Woo’s parting salvo, he elevates the emotions and action set pieces that helped define this particularly potent cinematic mode to previously unimagined heights of maximalism.

Hard Boiled’s drama begins when Tequila (Chow Yun-Fat), a hard-drinking, clarinet-playing cop, engages in a prolonged gun fight with arms traders in a tea house. His partner, “a good friend,” is shot and killed during the battle. Later, Tequila realizes that in the fray he was responsible for killing an undercover cop posing as a gangster. Fueled by guilt and vengeance, Tequila violently tracks Johnny and his gun-smuggling cohort. But during his Dirty Harry–esque pursuit, he realizes there’s another undercover cop, Alan (Tony Leung Chiu-wai), trying to stop Johnny from the inside.

In the film’s cat-and-mouse underworld, everybody wants Alan. Johnny tells him he likes his style and tries to woo him away from the stalwart Triad boss Uncle Hoi (Hoi-San Kwan). Hoi, a devotee of the old ways of “doing business,” believes naïvely that honor is enough to keep Alan at his side. Tequila’s ex-girlfriend and co-worker Teresa (Teresa Mo) swoons at the white roses (containing coded messages) Alan sends her at the police station. Even the police chief (Philip Chan), who Alan is secretly working for, lavishes him with a silver cigarette lighter during a clandestine meeting.

But it’s the broken-hearted Tequila who wins Alan over. When the two speak for the first time, Tequila asks him, “Could we ever be friends?” Alan demures, not ready for commitment, but in his agonized eyes, the longing is clearly there. In the end, Tequila and Alan take Johnny down together, destroying his arsenal in one of cinema’s most ambitious and enduring action extravaganzas.

In Hard Boiled, Hong Kong’s gangs and the cops pursuing them aren’t tough guys, but rather a troop of tragic players grappling with courtship, trust, and loss. The film’s real conflict stems from a collision of romantic ideals. For Uncle Hoi, it’s a vision of tradition violently coming up against Johnny’s lust for power. For Tequila, it’s the notion of justice meeting genuine fraternal acceptance, and for Alan, caught between two worlds, it's the struggle to reconcile duty and loyalty. Underneath it all is a sense of impending doom—every friendship, every romance, has an expiration date and the good times surely must end.

Woo himself, who appears in the film as a former cop and proprietor of a jazz bar, tells Tequila after the death of his partner, “We can’t have everything in life.” But in true romantic fashion, Hard Boiled, with its breathtaking style and unprecedented scale, tries its damndest. 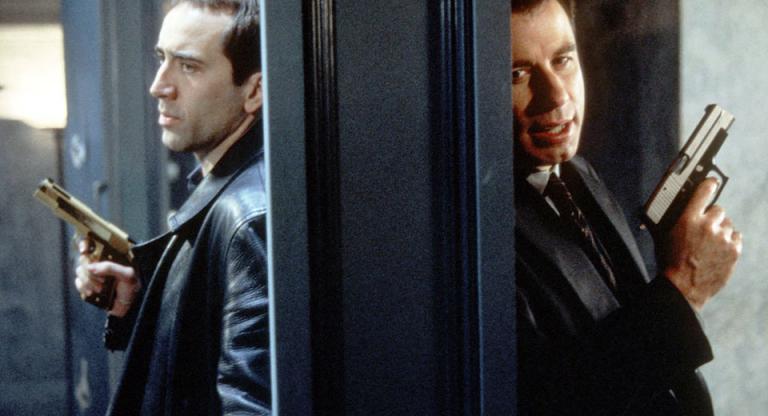 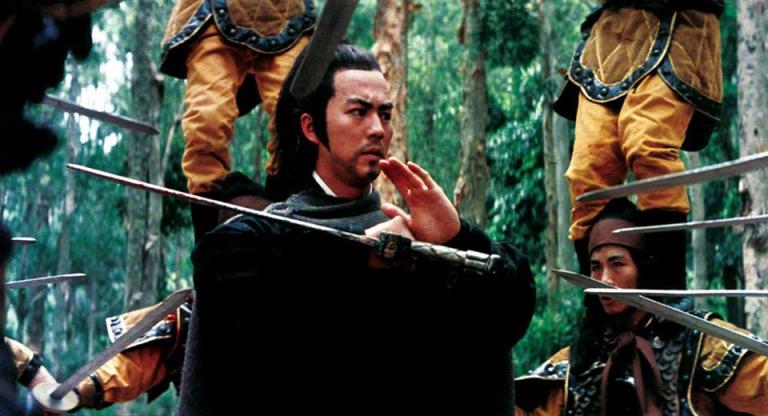 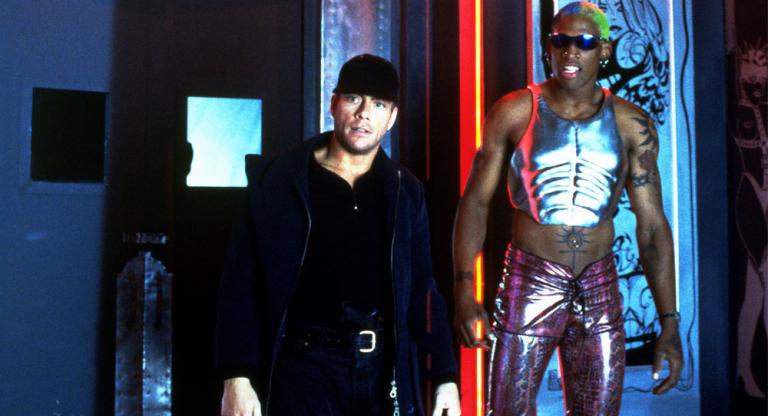