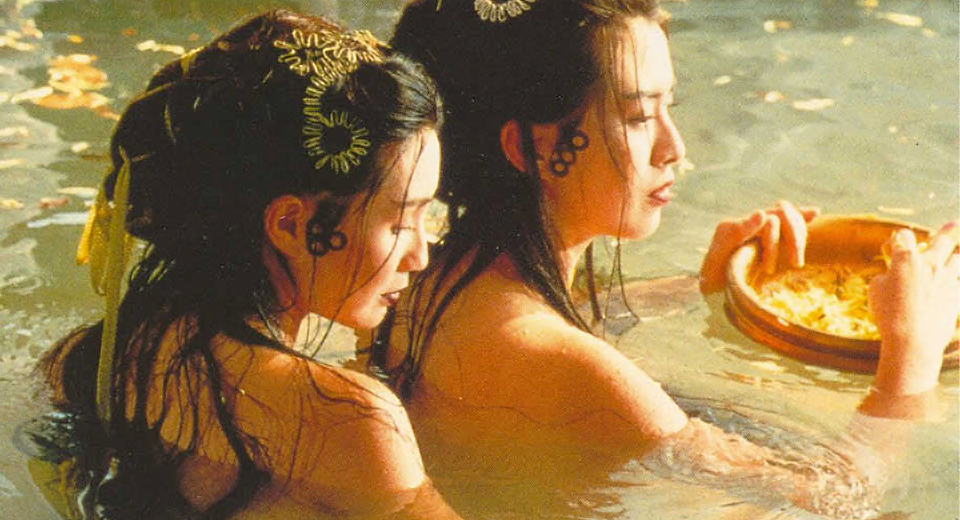 Tsui Hark’s Green Snake plays tonight at Metrograph as part of their all-35mm Maggie Cheung retrospective, which closes this Wednesday, December 21. A 1993 Hong Kong adaptation of the ancient Chinese folk tale Madame White Snake, Hark’s Green Snake is an unusual mix of genres—period fantasy, sex comedy, and action flick—that tells the story of two sister snakes (the titular “Green” played by Cheung) who metamorphose into humans only to discover the human world is much more complicated, and possibly less desirable, than they bargained for.

Although the film totally does not pass the Bechdel test (the sisters spend the majority of the film fighting over a man), I hesitate to disqualify Green Snake from critical consideration; it’s clear from Hark’s ironic and revisionist approach to the original narrative—re-framing it from the Green Snake’s (traditionally secondary) perspective—that the subtext is really what’s at stake. A satirical meditation on human nature and its relationship to sensuality, morality, and the false dichotomy of the spiritual versus secular worlds, Green Snake is a spectacular confection of melodrama, martial arts, animatronics, and monks… And a must-see in the Maggie Cheung series insofar as it is the only picture to feature the mesmerizing movie star as a 300-lb snake!