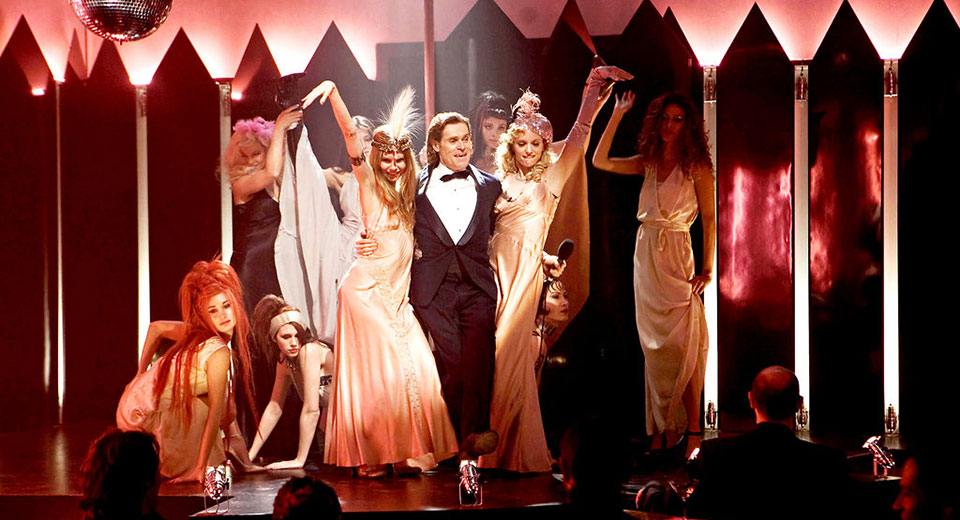 A spectre is haunting the gaudy, neon-lit halls of Ray Ruby’s Paradise, the spectre of Bed, Bath and Beyond. An offer of $18,000 a month in rent on a 99-year lease from the depressingly bland toiletry chain seems to be the ultimate threat to the Paradise, an upscale gentlemen’s club where the once bustling crowd is being slowly wooed away by generic family-friendly franchise experiences cannibalising downtown New York in the 21st century. Survival is a matter of playing the lottery in this yuppified town, and Ray Ruby, the impish club owner played with a desperate, two-faced grin by Willem Defoe, likes to play in bulk, buying tickets by the thousands - and losing the lucky winner that could keep him on his feet. Such is the hook to Abel Ferrara’s Go Go Tales (2007), an offbeat lament of a rapidly gentrifying New York which was shot from a safe distance in Rome after Ferrara’s self-imposed exile and never afforded a proper release in the United States - a tragically recurring pattern in Ferra’s impressive career.

Stuffed with more varieties of New York accents than a Yankees game, the ensemble of Go Go Tales is a fitting snapshot of archetypes and caricatures from a culture on its way out. From Bob Hoskin’s gravelly New York-Italian floor-manager berating departing customers with a snide “go back to Massapequa park, you mook!” to Sylvia Miles’ screeching foul-mouthed jewish landlady threatening to close the Paradise for a bar mitzvah and Joe Cortese’s Bronx wise guy telling tall-tales of projectile vomiting pastrami onto Hillary Clinton, there isn’t one false note in the bunch.

Anchoring them is a never-better Dafoe as Ruby, a man so buried under the false optimism and facetious promises of his day to day operation that even banal empty assurances like “we take care of our people here” can have trouble coming out of his weary mouth. More than just a flesh peddler Ruby is a dedicated entertainer, living for those moments where he can mount the stage solo and swoon through a ballad (written, like most of the wall-to-wall music which fills the film, by Ferrara himself) while strippers gyrate slowly, serenading customers on the floor.

Later in the film when the club shuts down early for cabaret night, Ferrara starts to show his hand. As an apeish Brooklyn goombah bowdlerizes his way through Marc Antony’s monologue in Julius Caesar, it becomes clear that The Paradise is not just a scuzzy enterprise geared towards titillation, but a community organization that fosters certain forms of caring and expression (albeit under the mechanizations of lecherous, patriarchal capitalism). In a New York City where bland chains with minimalistic aesthetics have strip-malled manhattan, the casual camaraderie and local flavor of a vulgar joint like Ray Ruby’s Paradise seems completely vaporized by isolating iPhone addictions and exclusionary yuppie up-selling. “Freedom of expression, passion, creativity, love for each other — that’s what this is all about,” Ray cries towards the end of the film — a sentiment that may have become an anachronism all too soon.